It has been lovely to spend the last two weeks in Southern Spain - we have always visited in the spring before and it was good to see how different the countryside looks at this time of year.
The main difference is that after months of 40+ degrees there is an awful lot of dead vegetation around! Starkly contrasted by the green of the olive trees laden with olives which will be ready to pick in a month or so. A good harvest is expected after last years poor one.
The plants that are dead are a beautiful golden brown and I soon became obsessed with taking pictures of dried seed heads and grasses. Here are a few of my favourites. 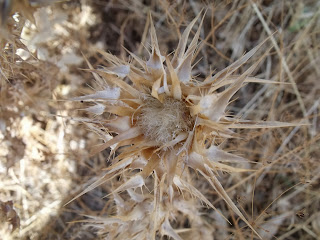 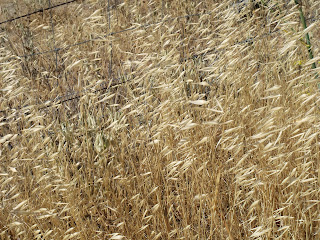 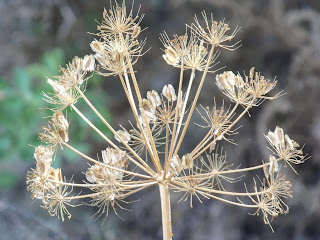 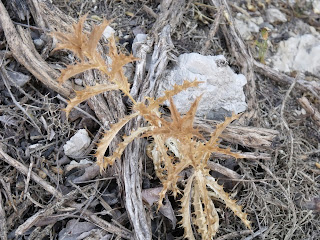 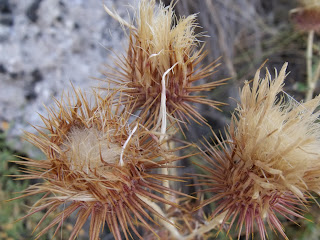 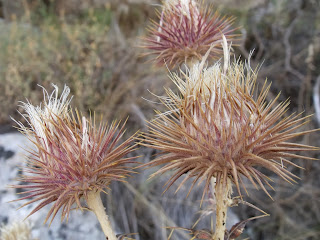 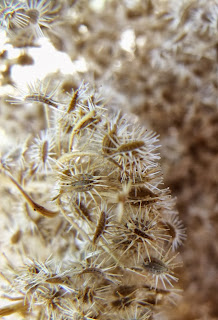 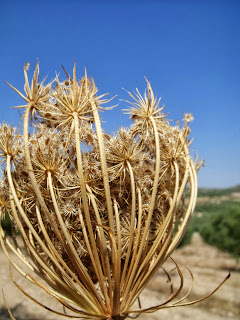 Amazingly, every now and then, there would be a glimpse of strong colour and miraculously something was flowering! 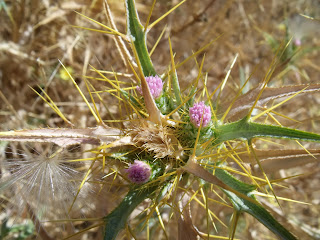 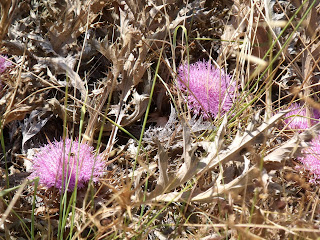 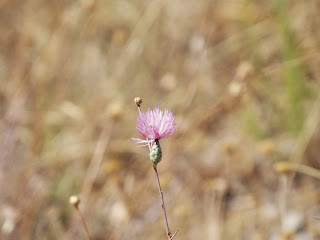 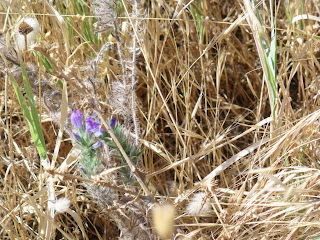 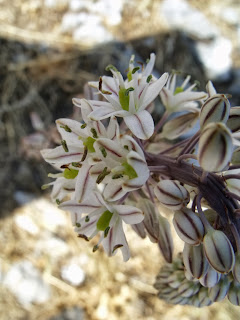 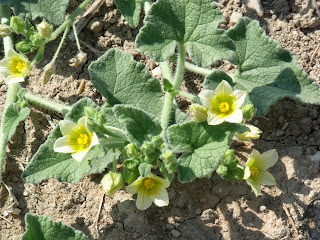 when the seed pods are ripe they split open and 'squirt' the seeds all around! 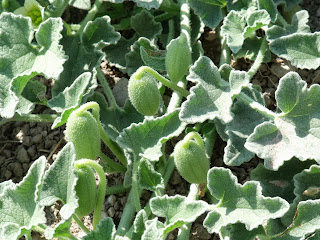 We spent the first week of our holiday in Los Rios, a small hamlet roughly between Granada and Cordoba with friends Clem and Tamara. As we had lovely warm weather most afternoons were spent sitting outside their house in the shade of their grapevine..... 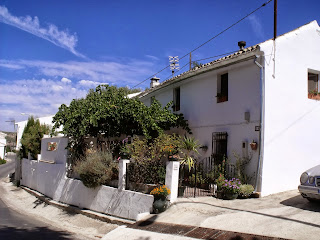 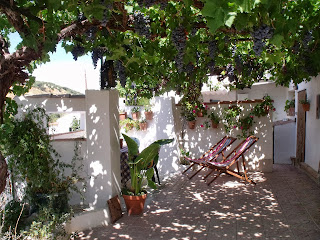 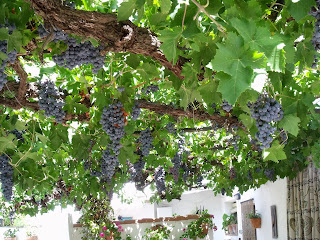 While there I completed my 'Pretty Pouch' for Kim. My package to her has now gone off and I am hoping that it will arrive safely and also that she will like the pouch I have made for her. There were a few little extras in there too. I will show you what I sent when Kim has received her package.

Just before we left for Spain I received this beautiful postcard from Susan. Thank you Susan. 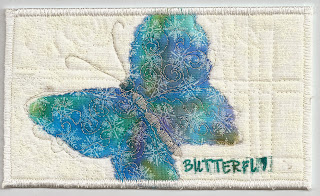 I love the way that the snowflake design on the background fabric has resisted the dye that Susan has used so that they show up on the butterfly. Such a pretty, delicate postcard. A postcard from me will soon be on it's way to Susan.

I have a few more pictures to show you of our trip including my day in Morocco - but that is for next time.