The Four Seasons crazy blocks that I made in 2014 are now altogether in a finished quilt! And here it is. 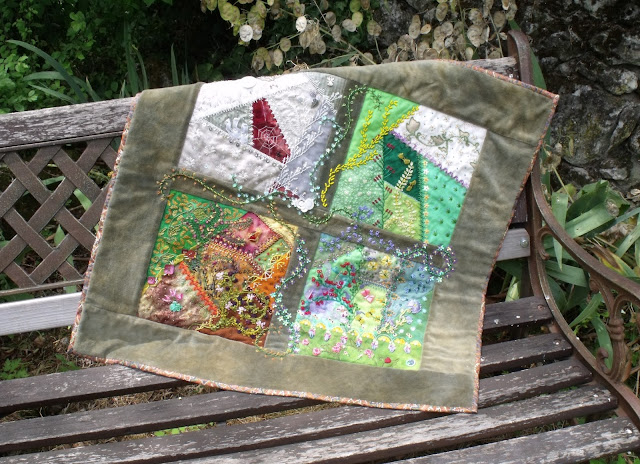 The blocks were 9" square and the finished quilt is 27" square. 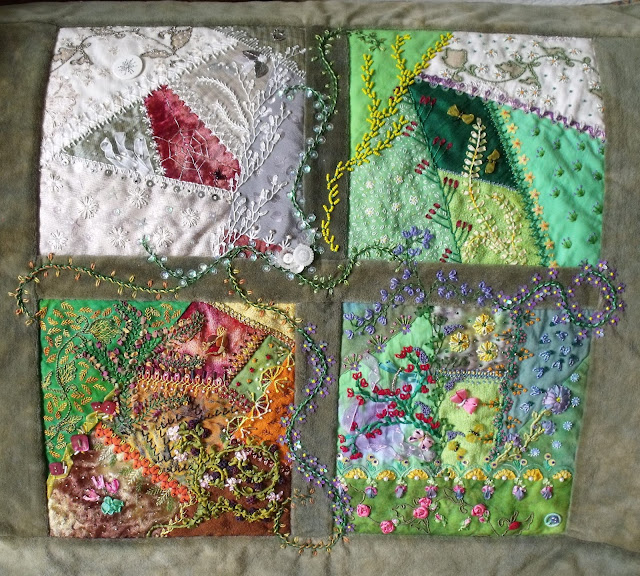 The sashing is hand dyed velvet and I have linked the four blocks by adding stitch over the sashing which varies according to which season it is nearest. A few close ups (of course!) 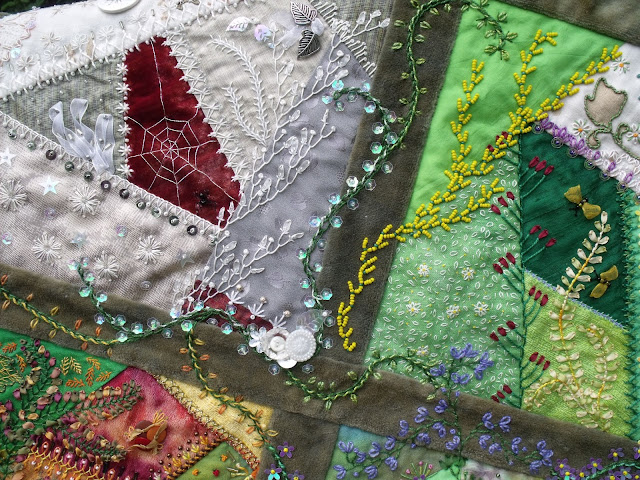 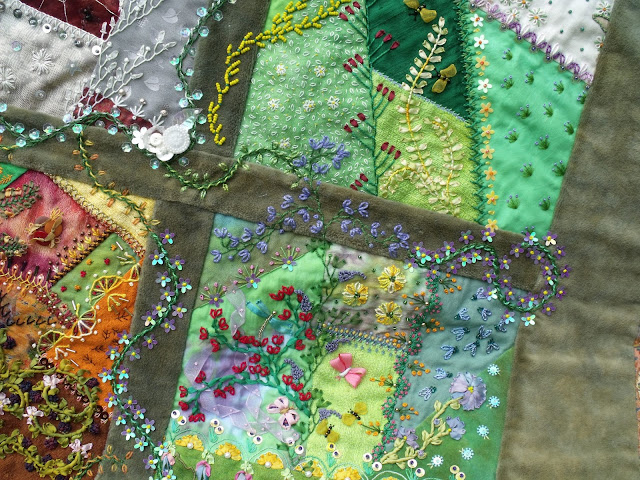 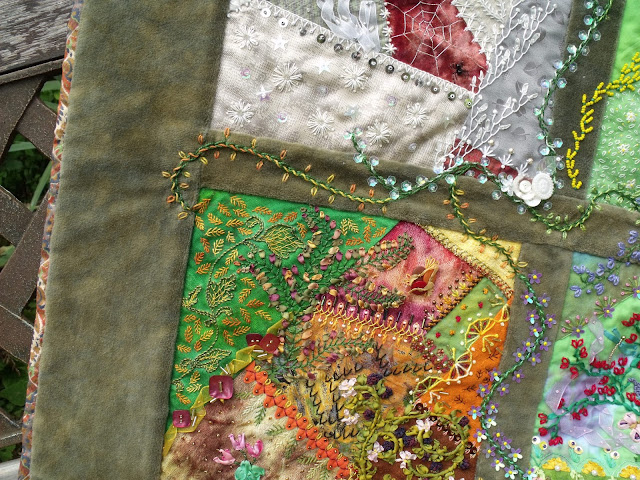 The backing fabric is a beautiful Liberty lawn donated by a friend (thank you) and which turned out to be perfect to bring to the front to make the binding. 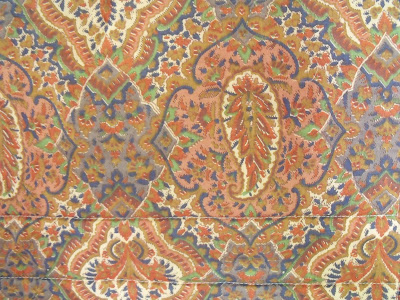 My thanks to Carli for setting me off the on the Four Seasons trail and to Jennifer Clouston whose book Foolproof Crazy Quilting inspired much of the stitchery in my blocks. Also to all my readers who have made such lovely comments about my work along the way.

A picture of three 2016 finishes altogether. 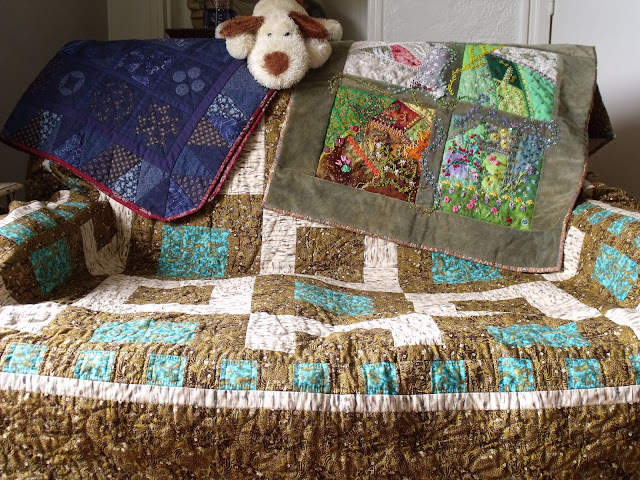