Dear Jane - Your Time Has Come!

My Dear Jane quilt has been a work in progress since 2002 although for most of that time it has languished in a box!
I first blogged about my Dear Jane here in 2012 and for a year there were various updates on my progress, but then I discovered Crazy Patchwork and poor Jane languished again!
Well, 2016 is my year of finishes and Dear Jane has surfaced! However, I now know that she will never be a completed full size quilt and so I have decided to just make use of the blocks that I have already made and enjoy them as they are. Not to mention enjoying the stack of fabric which was also stored away and which can be added to my stash!
So first of all I got out all my blocks and laid them out on the table in order.
Here they all are. 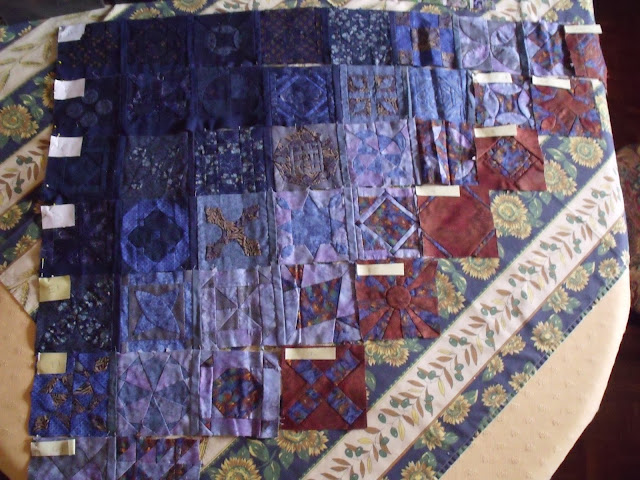 I had 43 completed blocks.
By consolidating them 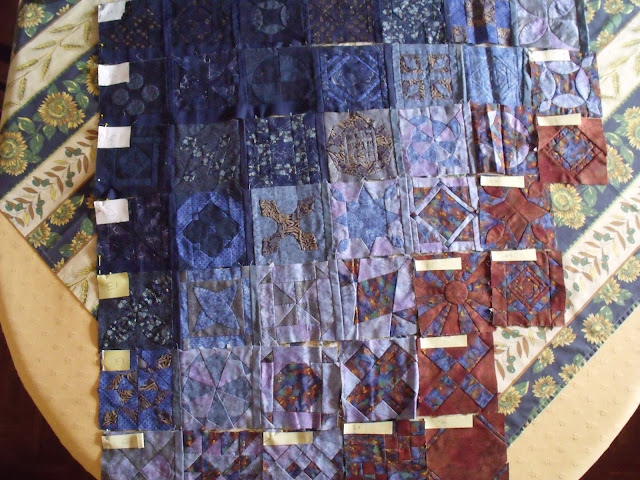 into a 7x7 square I could make a decent lap quilt. All I needed were six more blocks and luckily when I delved into the box I found two that had escaped the photo shoot which meant I had only four to make! I chose a few fairly easy ones so they were soon complete.
This afternoon I made a start on adding the the downward sashing between the blocks and this is how Jane is looking now. 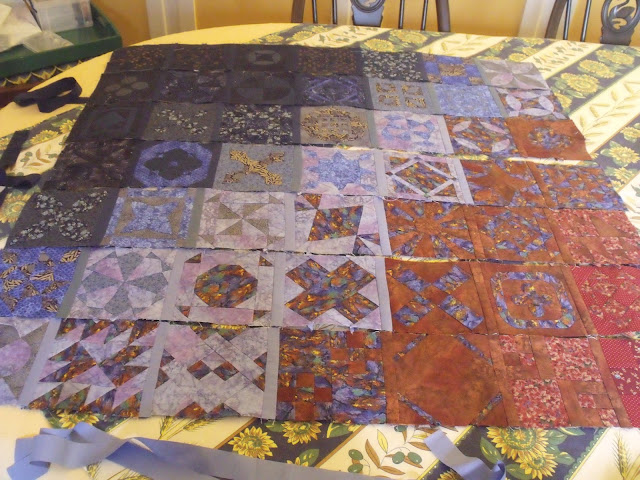 Just the long crossways sashing to add and then I can think about the border which will probably be elongated triangles similar to the ones on the original quilt.

It feels good to be doing something positive with these blocks.

PS Linking up with A Quilting Readers Garden
Posted by Lin at 16:03