A Windy Day by the Sea

Today we have been down the coast to visit two of our favourite places in this part of the world.

Our first stop was Las Negras, a small town in a beautiful cove. Sleepy at this time of year but still several bars open and a few shops. We sat outside a bar on the 'promenade' with a perfect view of the Cerro Negro - Black Mountain - for our coffee and tostadas. 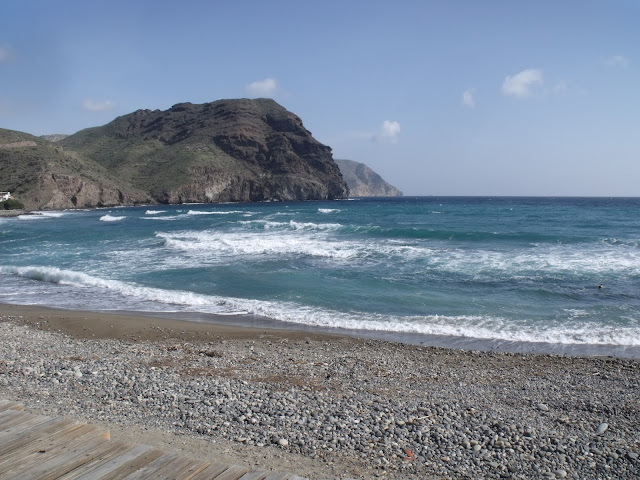 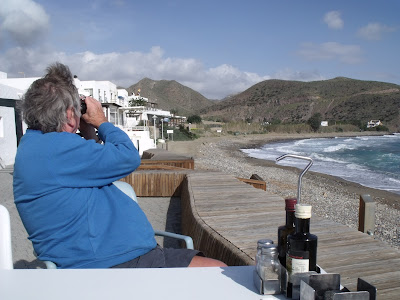 After a wander around the village we moved down the coast to Playa El Playazo, known to us as Castle Bay because of the Castillo San Ramon which stands at the northern end of the beach. 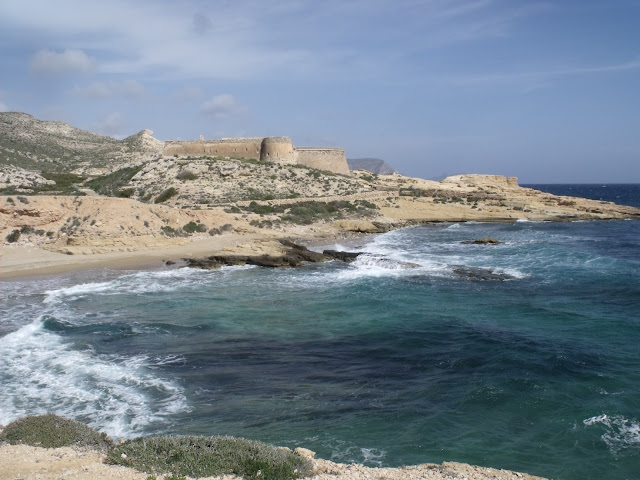 The castle was built in the 18th century  to defend the Almeria coastline from Muslim pirates. We have walked to the castle on several ocassions - there is a beautiful, rocky cove the other side - but today we just took the first part of the path and then a wander over the rocks. There are some very interesting places where the sea has eroded the rocks. 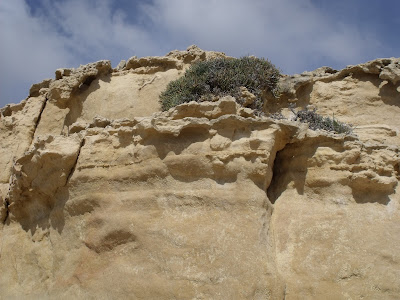 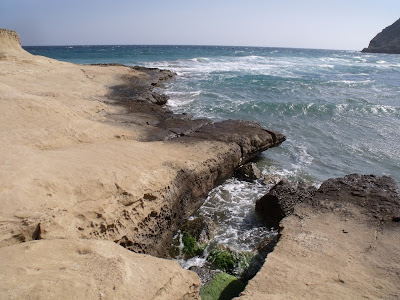 We then turned round and walked along the length of the beach to the southern end. This cormorant was happily drying off it's wings on the beach. 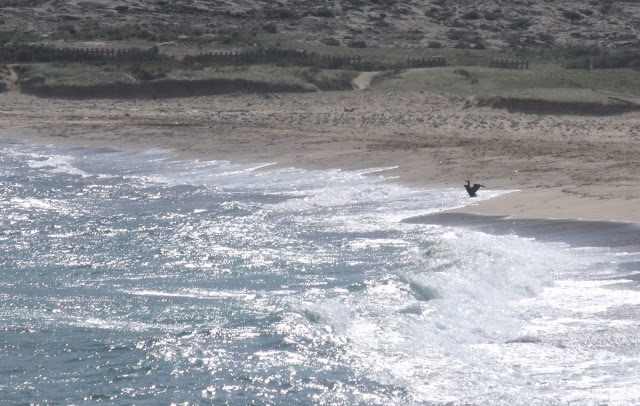 All along the tideline we saw these jellyfish. 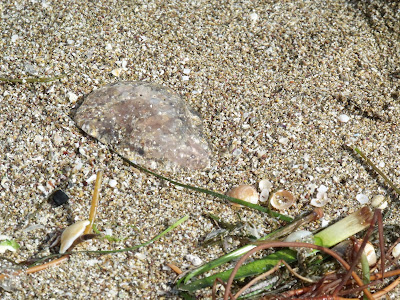 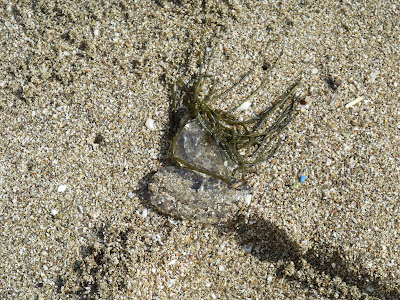 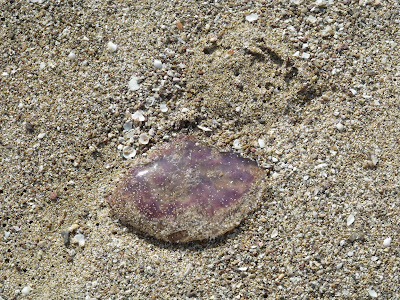 There are plenty more rocks and pools to investigate at the bottom end of the beach and being windy there was plenty of spray too! 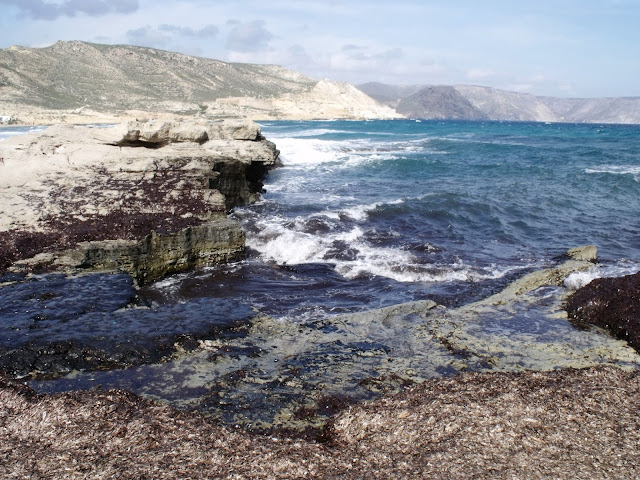 A good view too of the Cerro Negro back at Las Negras.

A rare picture of a windswept me!! 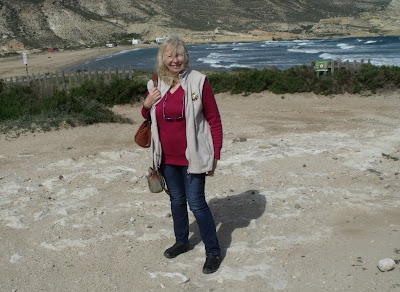 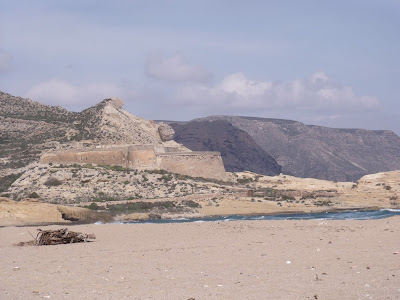 Once a centre for mining, Almeria is now very much a tourist area but it also produces a large quantity of vegetables for Europe. Most of these are grown under plastic and so as we leave the coast and head inland there is a large wide valley which is just full of plastic green houses. This picture shows just a tiny amount to give you an idea of what it looks like. 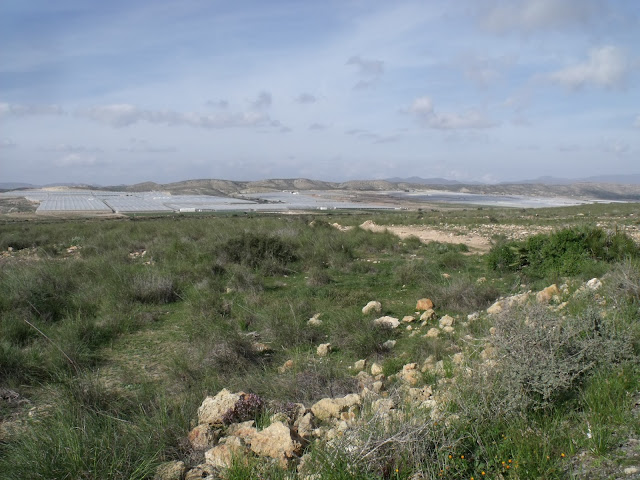 Well I think that that is enough pictures for one day - I hope you enjoyed.
Posted by Lin at 17:43