I had fun playing with these mono printed papers 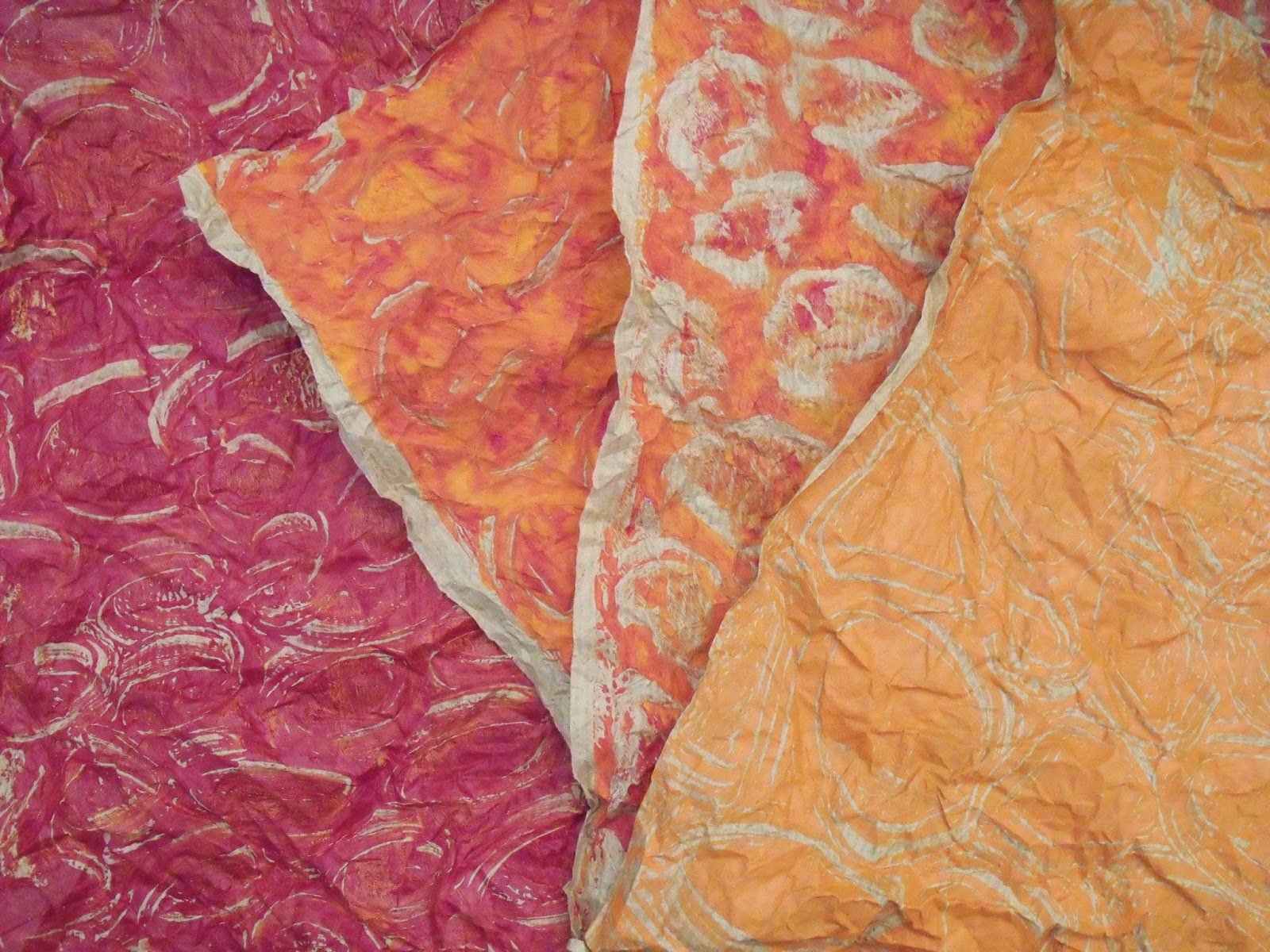 Which you last saw after they had been inked 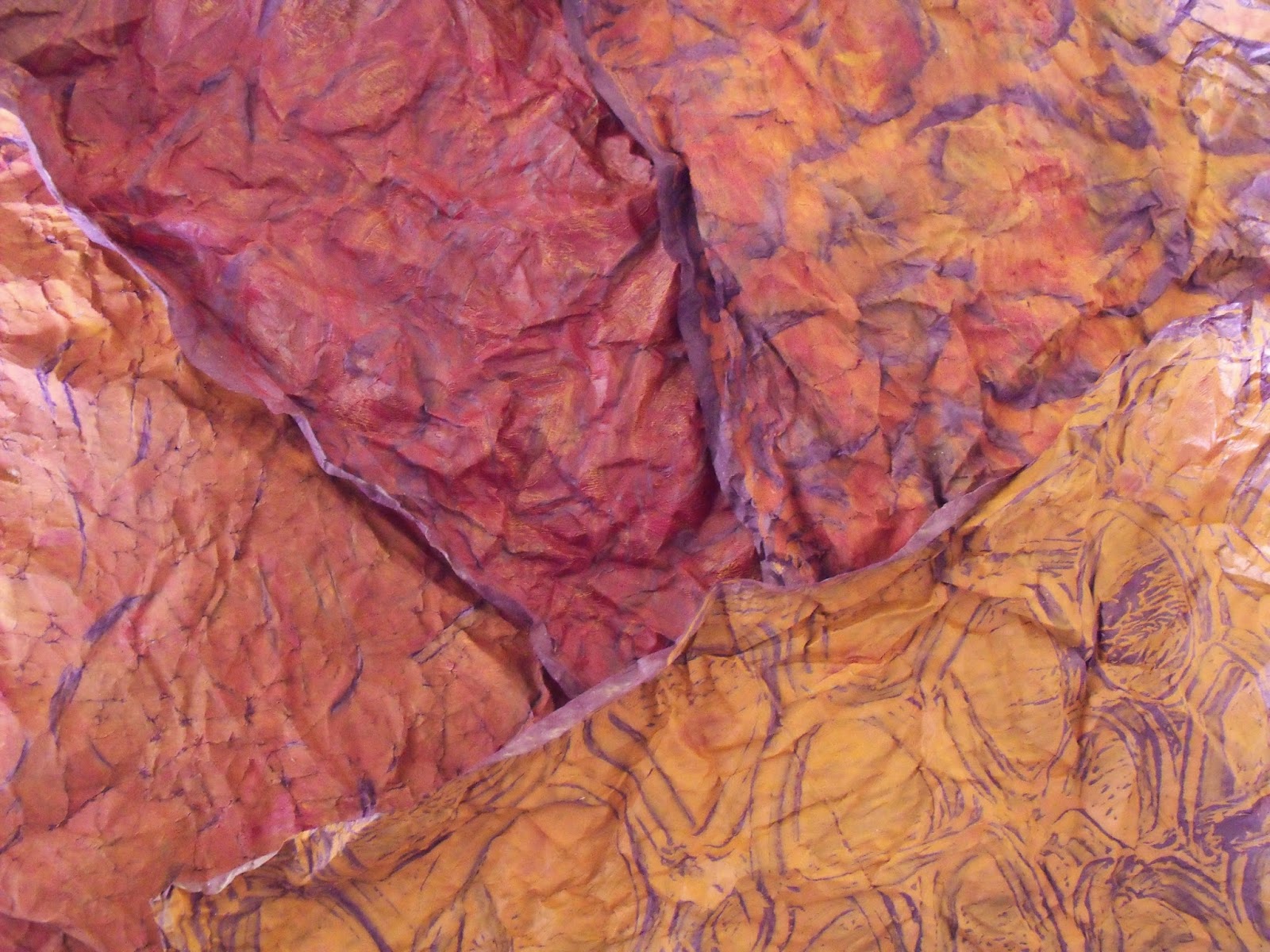 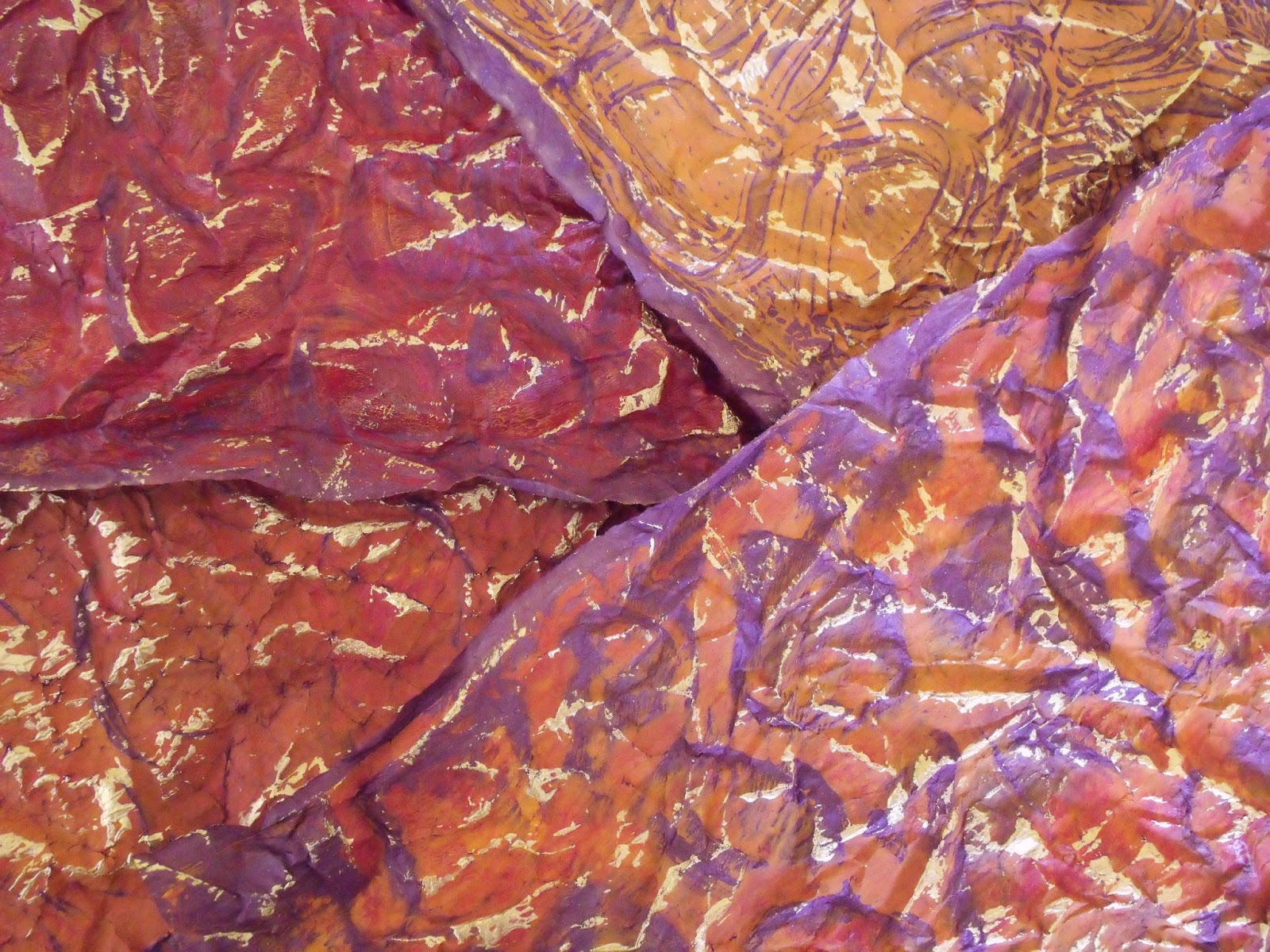 Keeping the paper crumpled, I then ironed one piece to a some pelmet vilene using bondaweb. 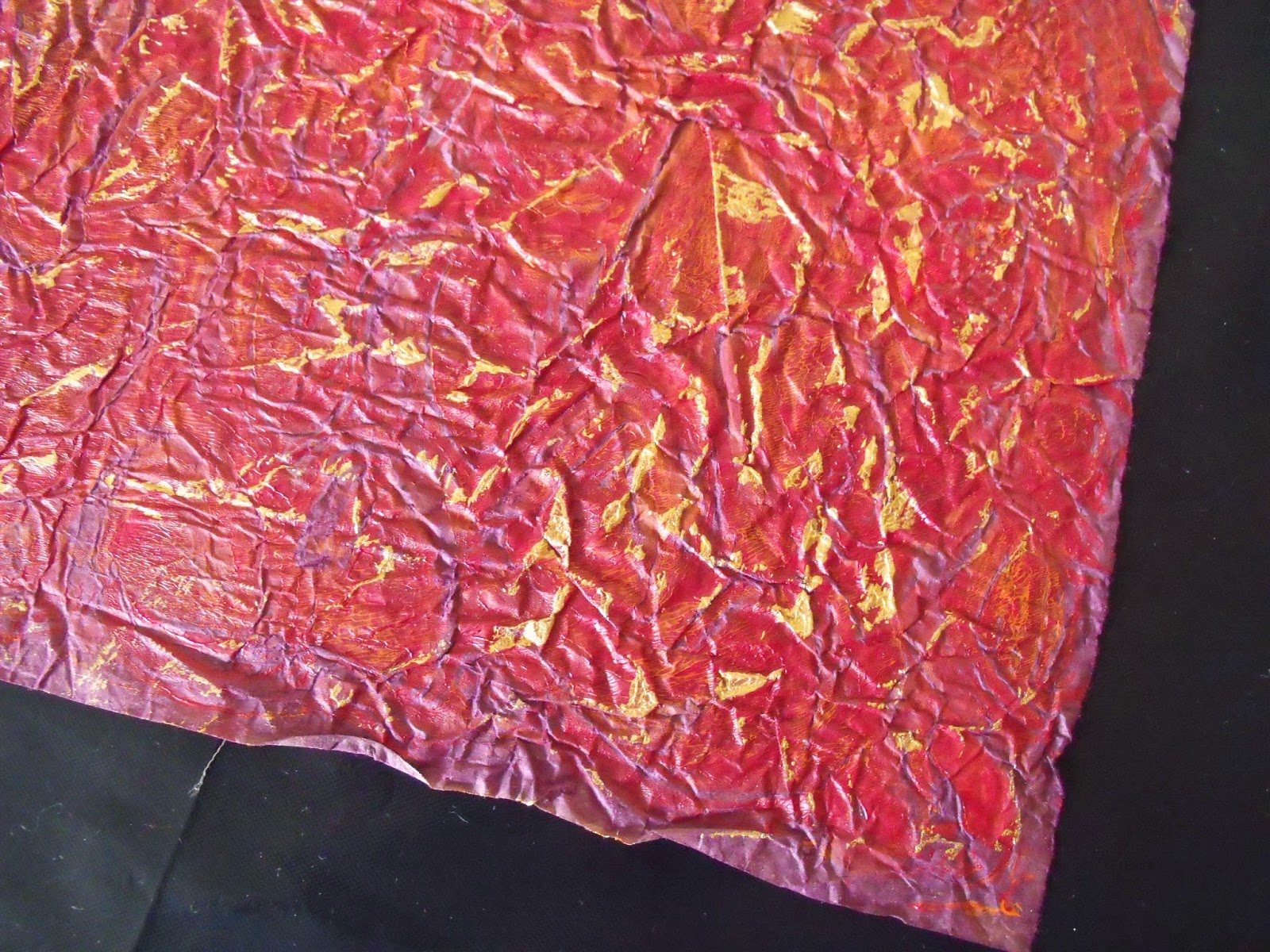 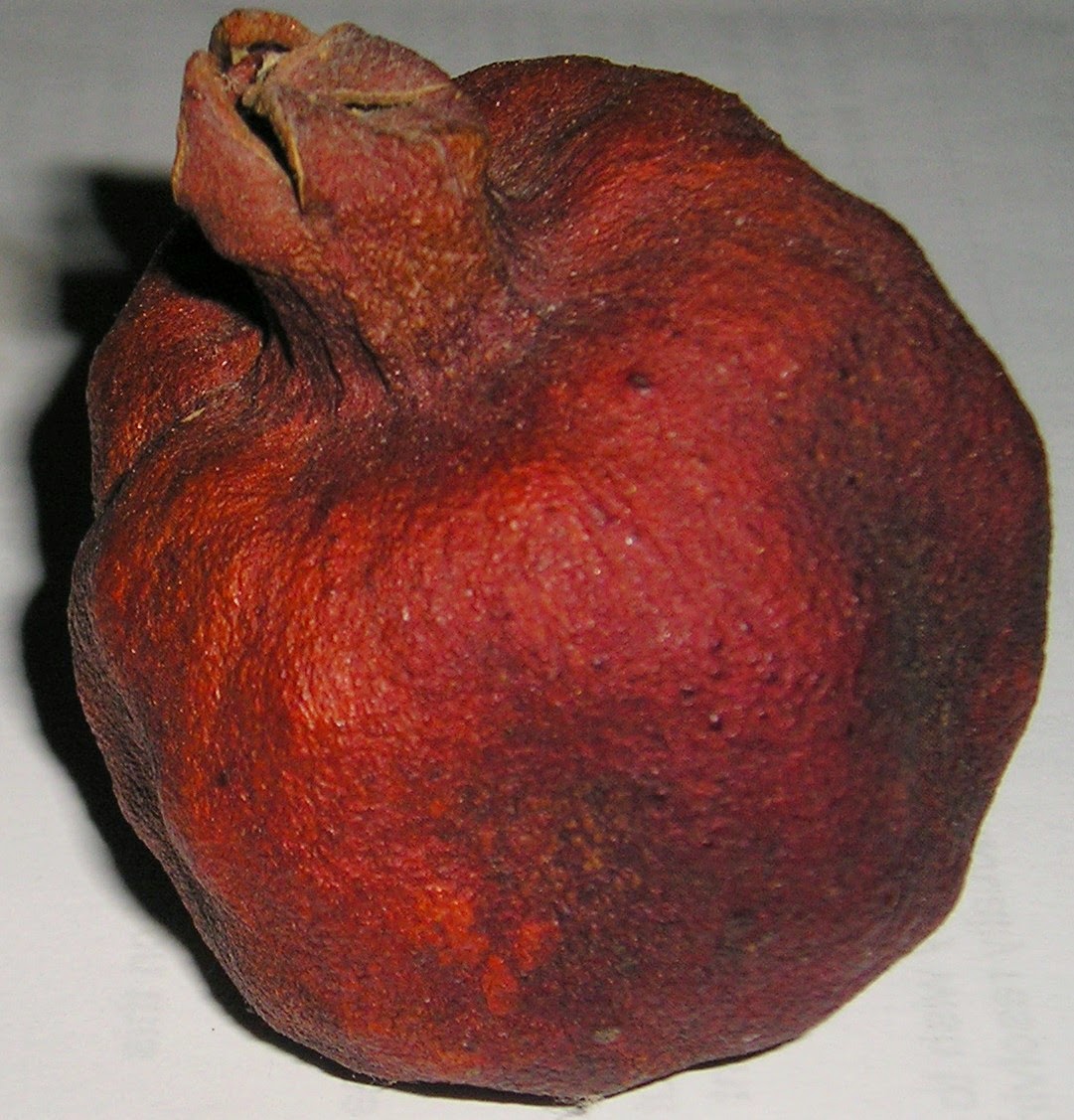 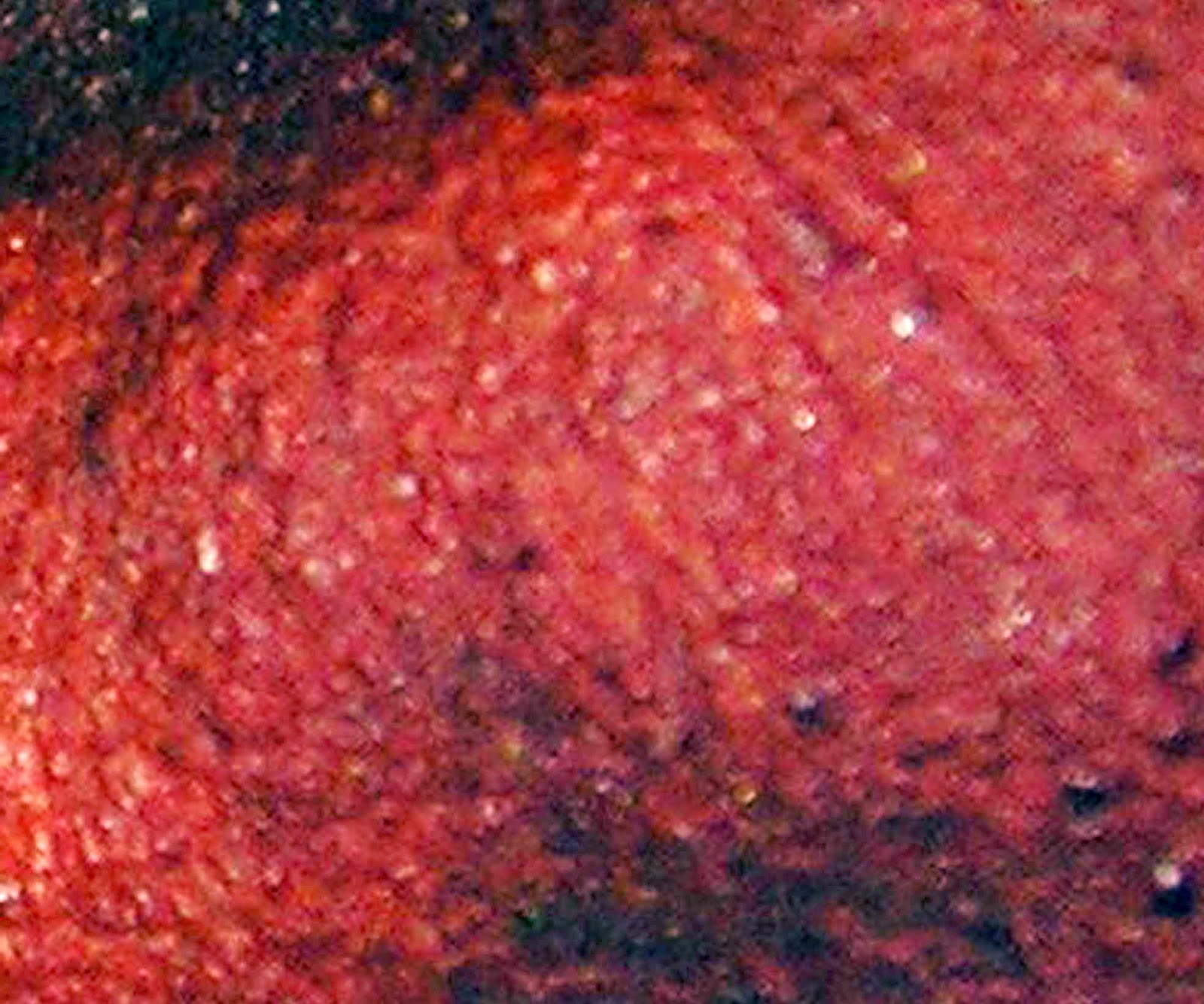 So I rubbed gently over the paper with treasure gold which then highlighted some of the finer creases in the paper. 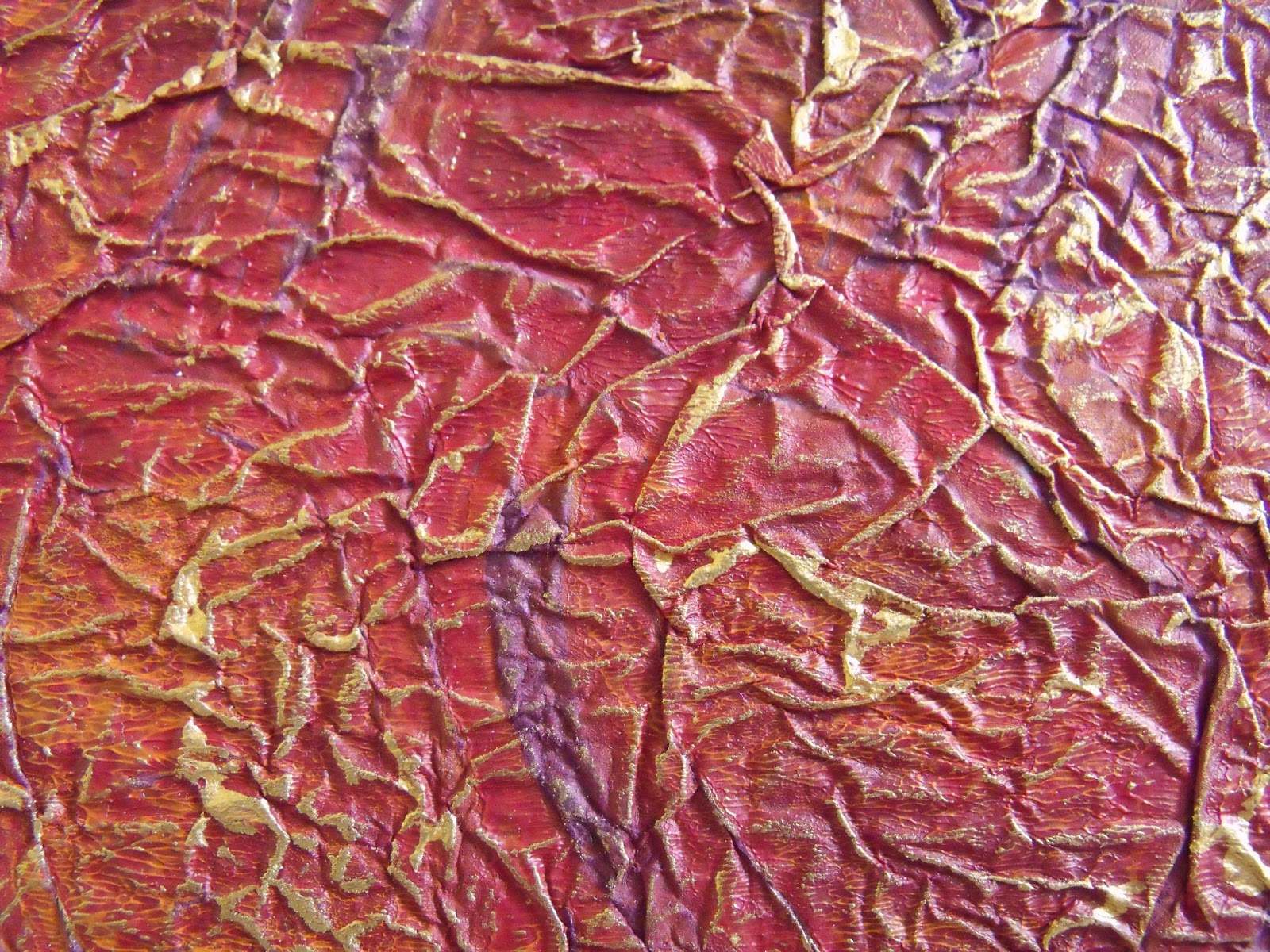 Trimmed and cut into four, this became the basis of four postcards which I then machined with some simple pomegranate seed shapes. A coat of acrylic wax gave the paper a subtle sheen. 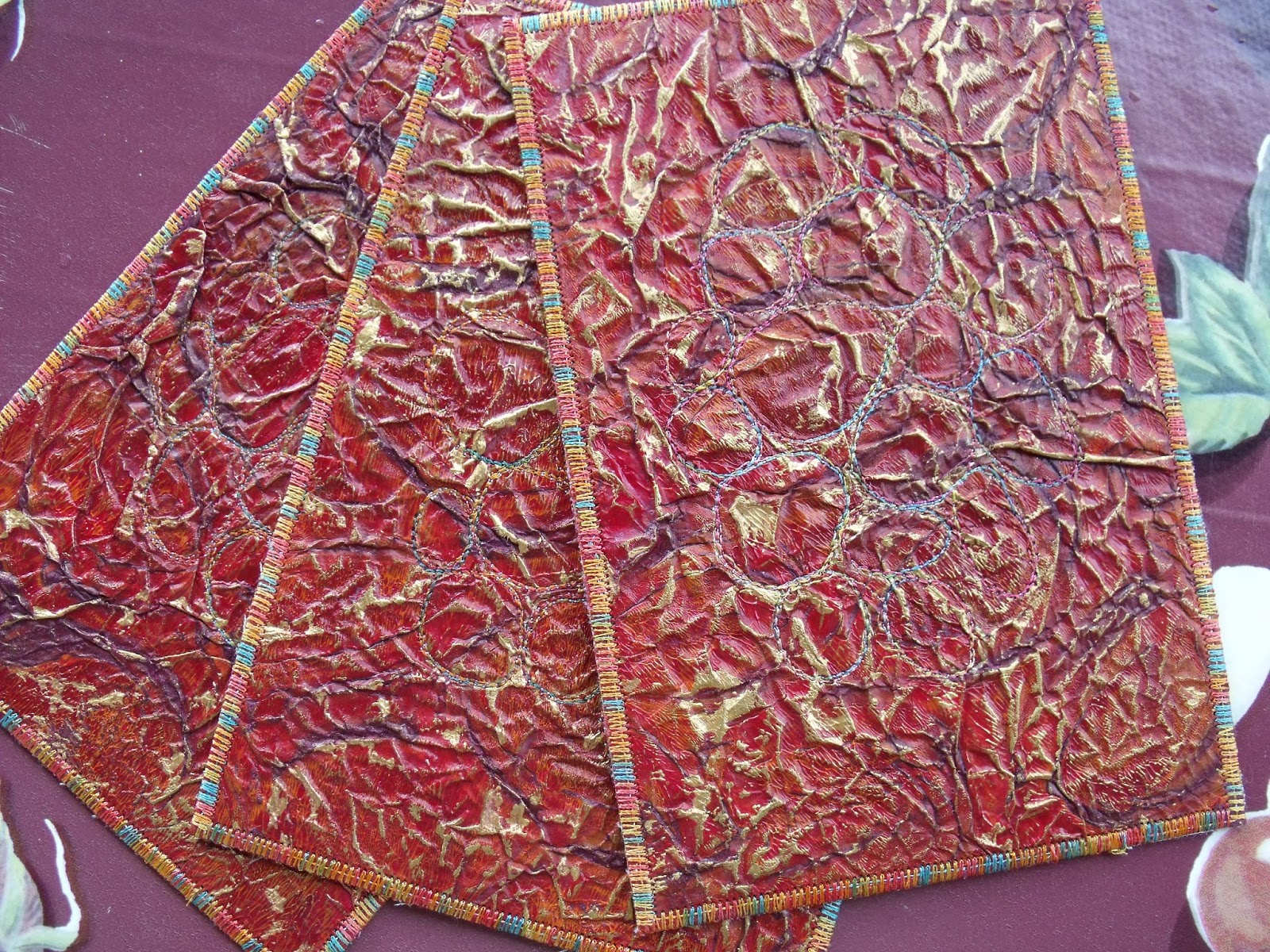 One of the other pieces of paper I ironed to Decovril light. 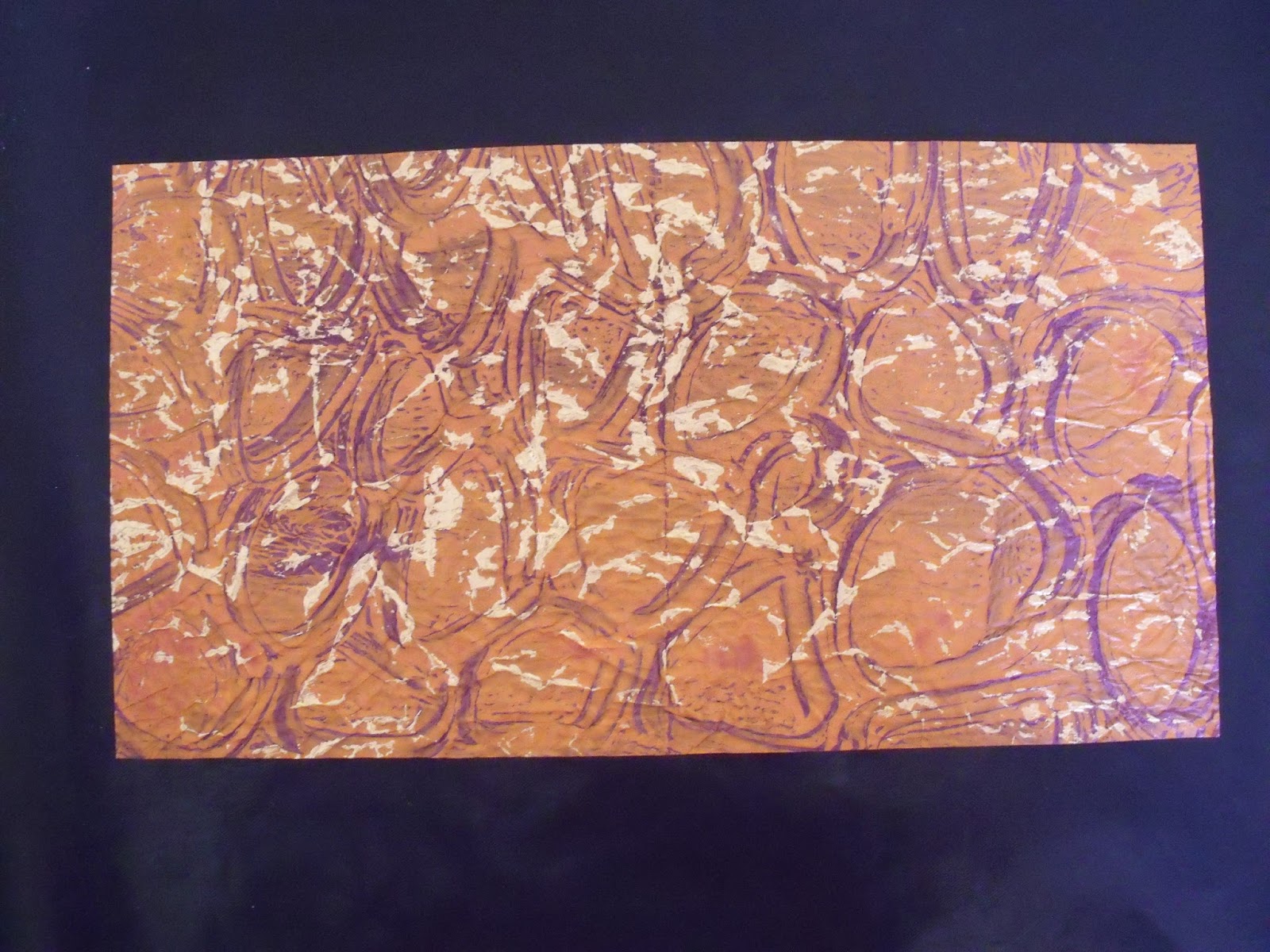 Again, it was not as rich as I wanted so it too got the treasure gold treatment. 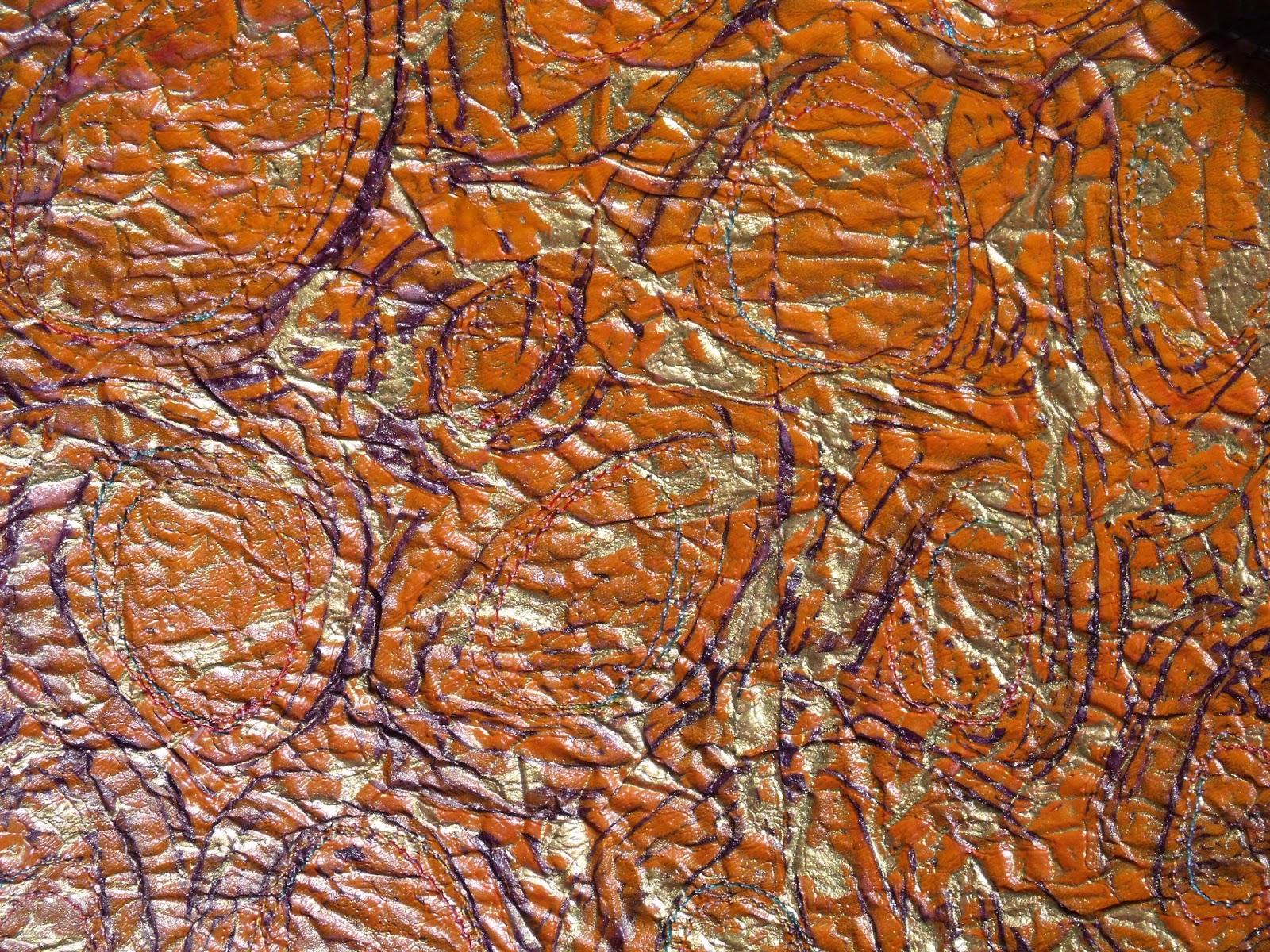 This time I machined all over the piece inside the seed shapes before painting with acrylic wax and making it into a book wrap for my present box. 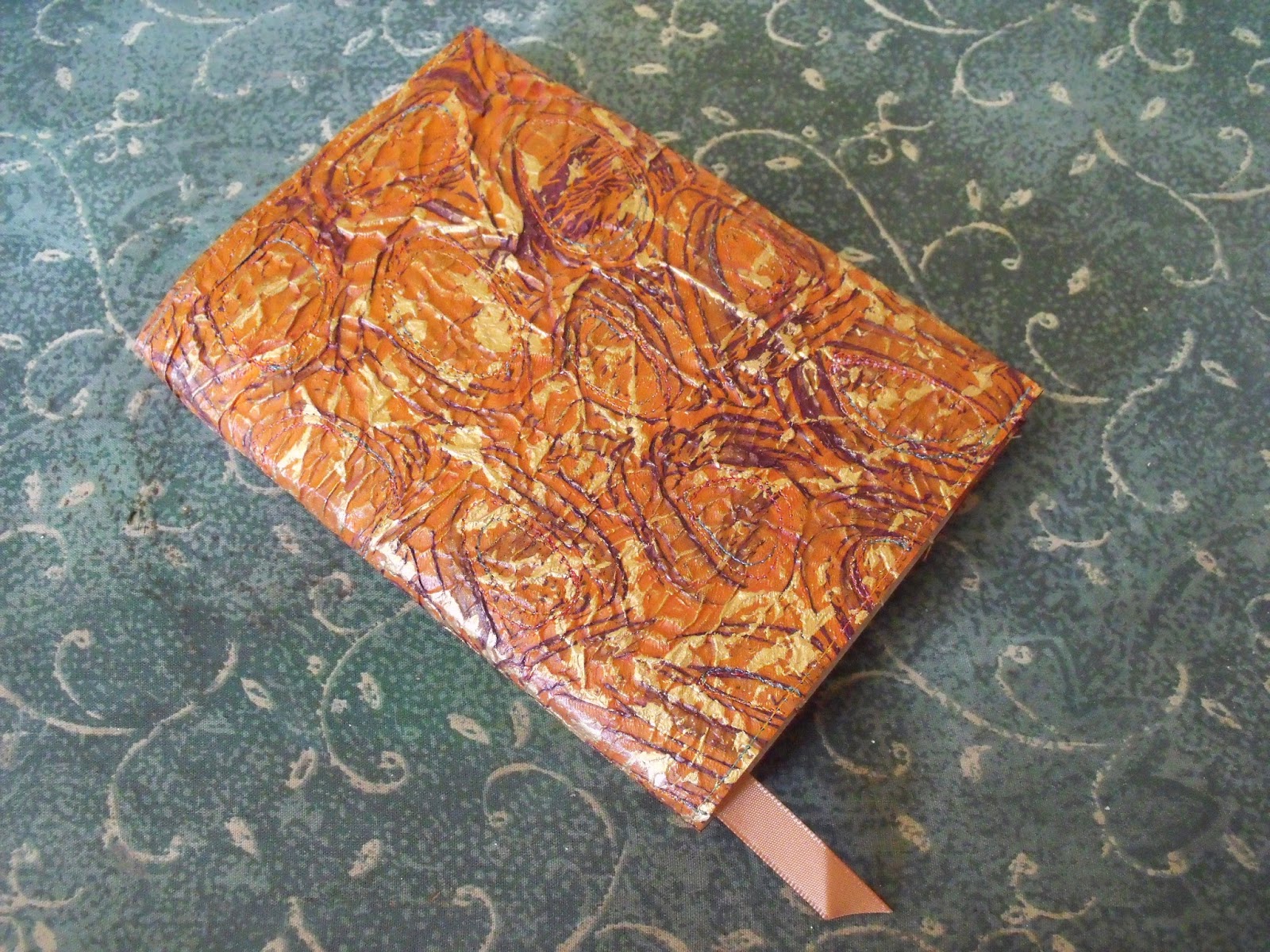 I have also finished this small crazy piece.

Which I made into a small pouch to hold my crazy stencils. 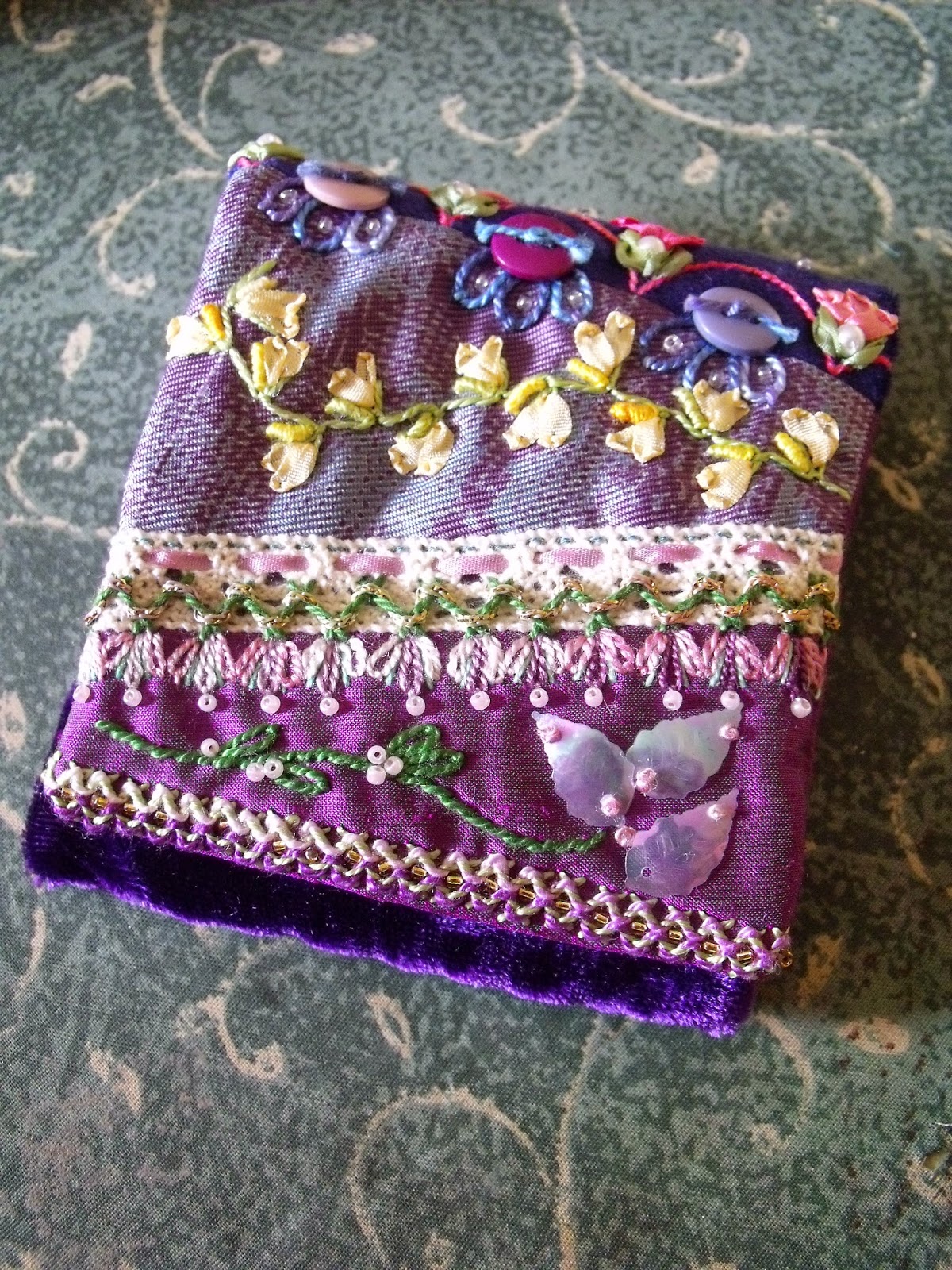 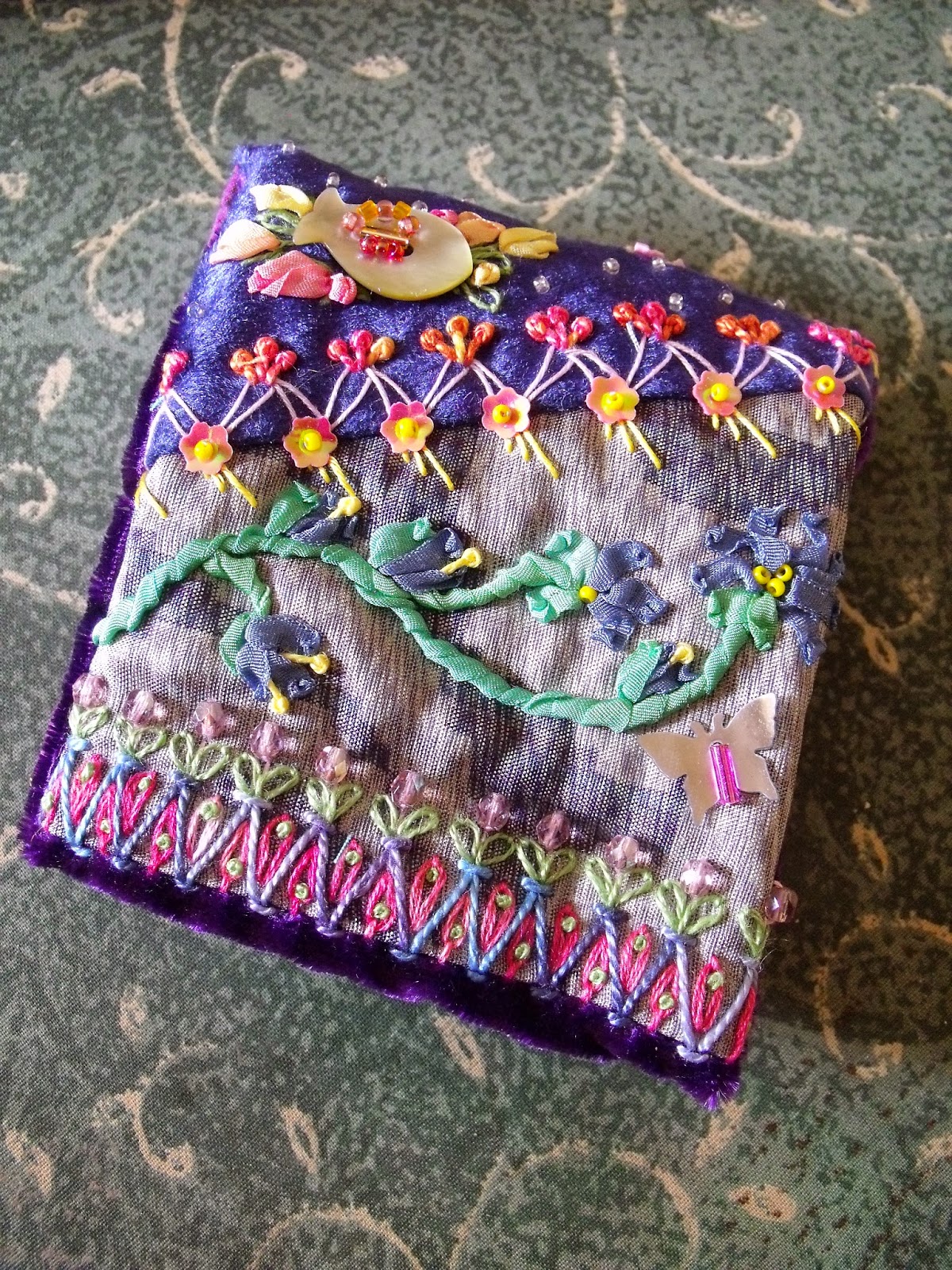 Unfortunately, although  the stitched piece was more than big enough, somehow in the making up it became too small! Well, a lesson learned there. It can always be used for something else but disappointing.

Moving on to some new projects now - have a good week.