FNSI and a catch up 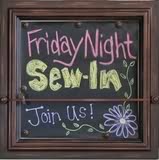 Lovely to join in with Wendy and friends for another stitchy Friday - thank you Wendy for inviting us round.

So, the summer solstice and longest day and not a drop of sunshine in sight! In fact it rained all day until early evening. However, we are promised a canicule - that's a heatwave - next week, so once again our temperatures will be going from one extreme to another

I spent an hour early afternoon working on some secret stitching! Then we had to go out - Philip gave a talk to our History society which was followed by a fish and chip supper. I sat next to a French lady who loves English fish and chips!

So by the time we got home I was ready to relax with some soothing hexie sewing while Philip caught up with the football. I have been working on the next round of my 1797 and had hoped to complete it last night but this is where I got to when bed called. 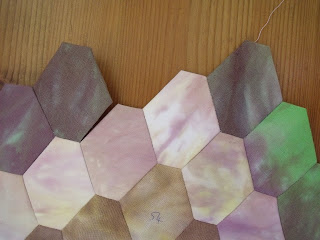 So this afternoon while catching up with the Archers I added the last two hexies. 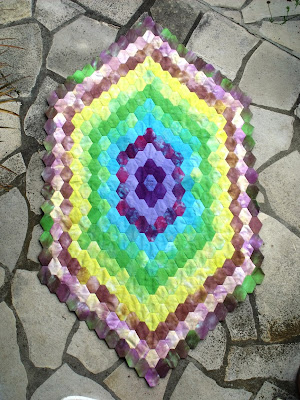 I think I am going for green for the next round so I shall have to see what I have in my stash.

Last autumn we went to a house sale and I managed to collect a small haul of goodies. 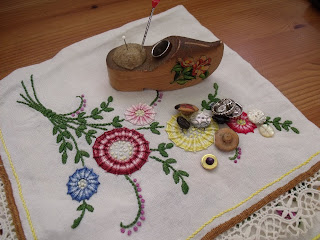 The little cloth is embroidered in all four corners and was in pristine condition. Its perfect for a small occasional table in my sitting room. I love rummaging in button boxes and I found a few interesting buttons in this lady's. The clog pin cushion and thimble holder was filthy! And the pincushion bit really mankie. I quickly ripped out the pincushion and gave the clog a really good scrub - and it has sat on my desk ever since! So this week when I gave the desk one of it's rare cleans I decided that actually it really would not take very long to add a new pincushion and that I had better get on with it! I have some fabrics that came from Holland many years ago and so I used a scrap of one of them, stuffed with batting snippets, to make a nice firm ball which was then glued into place. Here is my finished pincushion. And it really took no time at all! 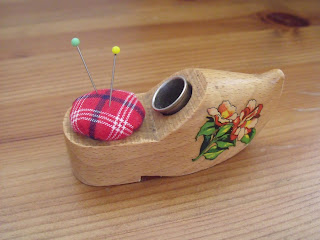 It is going on the dresser with all my other antique sewing tools.

I promised myself at the beginning of the year that I would spend more time painting and sketching. Apart from when we were in Spain when I worked in a little travel sketchbook most days, I have hardly done any. So over a couple of short sessions this week I decided to have a go at a simplified drawing of one of my fuchsias. It is just a simple outline coloured in with aquarelle crayons but I am pleased with it. 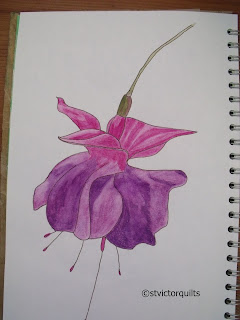 It's large - A5 - so I am thinking it would make a nice applique design with a few leaves added. Something else for the to do list!