Having completed my CQJP block for September early in the month, instead of getting on with next months which would have been wise, I decided to have a play and do some patchwork.
A friend who visited in the summer had a very nice bag that she had purchased which I sussed was made from charm squares and having a few squares from a French General pack hanging around I thought I would put them to good use.
I had made a sketch of the bag and a few notes - easy I thought!!! Mmmm, well, not as easy as I thought. But a quick search around the internet found this pattern which was just what I needed. It's on the Popular Patchwork site and is called Sweet Sixteen.
The pattern is for a reversible bag although I made mine with a lining as I only had enough squares for the outside. Here is my finished bag. 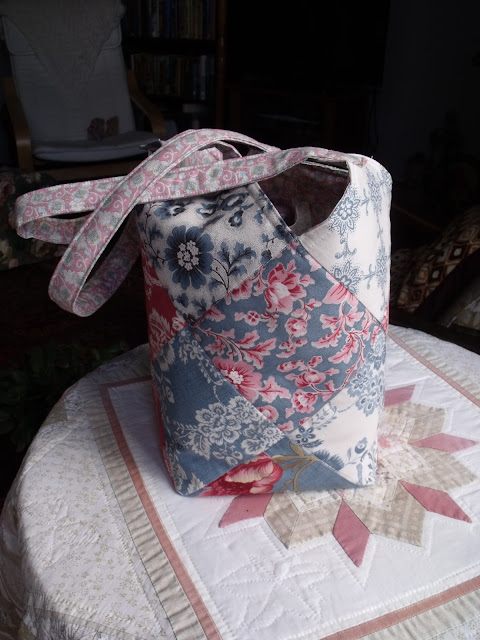 I added a deep pocket on the inside to hold my hussif with various knitting related bits and bobs inside. 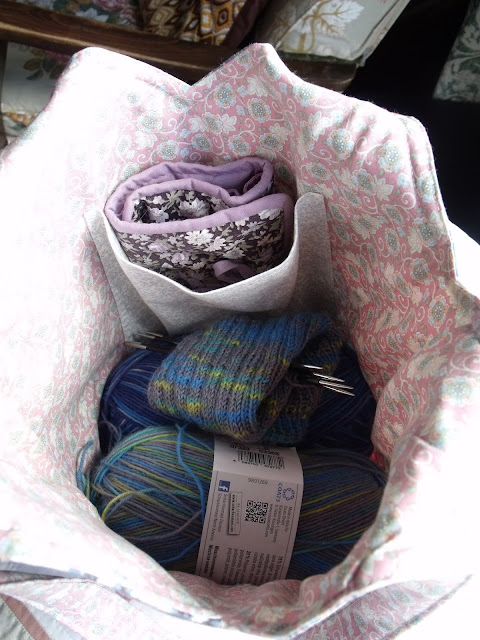 It's perfect for holding my latest project - another pair of socks! 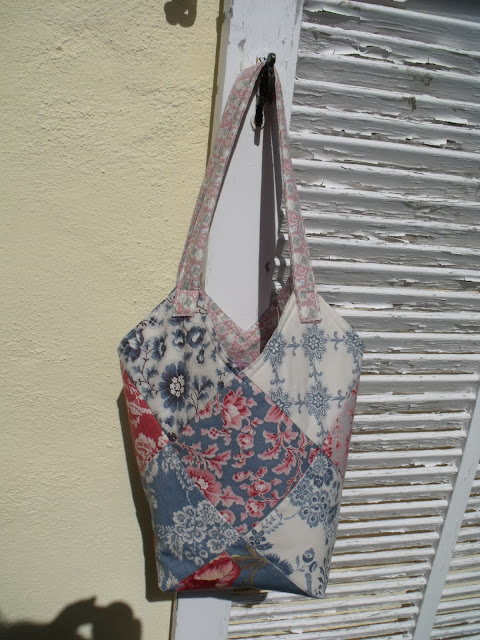 Wishing you all a great weekend with lots of sewing time.