This time to Weston-super-Mare. For those of you who commented on how far the tide went out at Dunster then Weston is also on the Bristol Channel and has very low tides. It is further around the channel and we were looking across the channel to Dunster.

We parked near the Birnbeck Pier or Old Pier as it is known. The pier is the only pier in the country to link the mainland to an island,  Birnbeck Island. Sadly the pier is in a very poor state of repair and has been closed for some years. Fundraising is underway to repair it but it is a big undertaking. 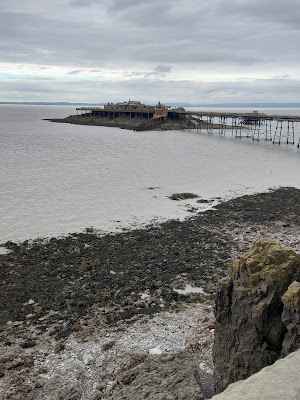 In this close up you can see the shed and ramp which for many years was the home and launch ramp for the lifeboat, the only lifeboat ramp to face in towards land. 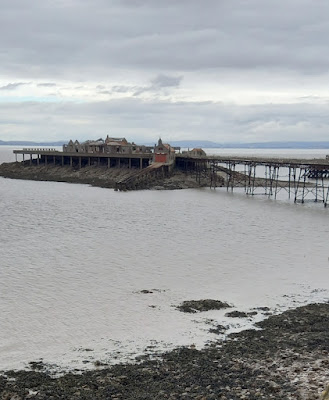 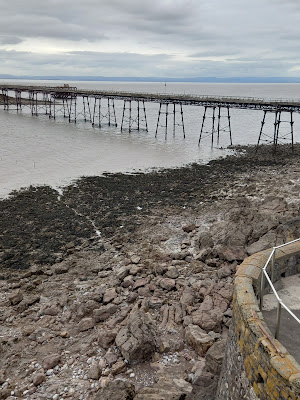 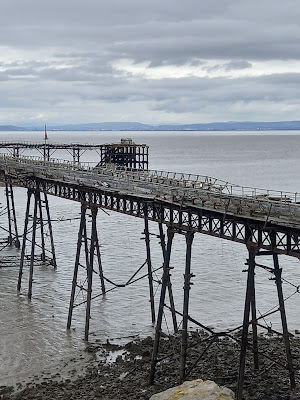 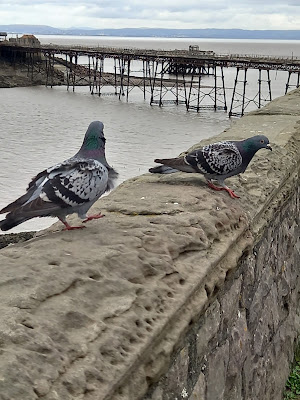 From there we walked past the site of the Royal Pier Hotel which has recently been demolished. The friends we were with pointed out to us, below the sea wall, the site of the 'Ladies Bathing Pool' which had been accessed via a tunnel (now blocked) from the hotel. 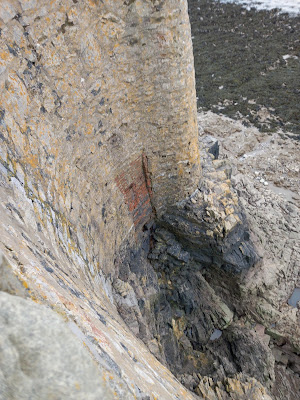 and this the pool hewn out of the rocks which would have filled at high tide. It looks to me like it would not have been a particularly comfortable place to swim! 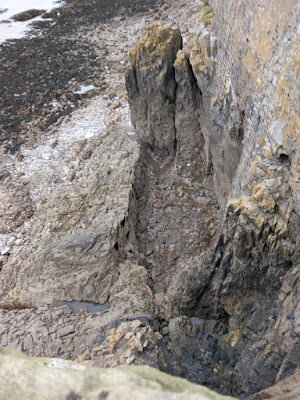 Moving on past some local art - I loved the rusty pipe! 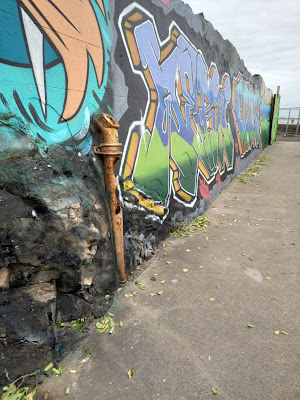 Looking across to the North Somerset coast 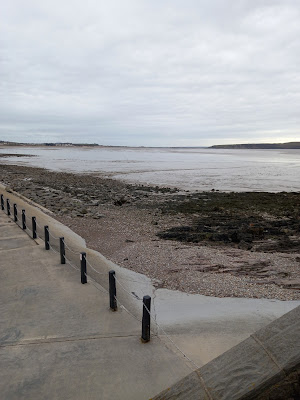 Because the tide goes out up to a mile at low tide a bathing pool was built by Knightstone Island which fills at high tide. You see it here in the foreground with Brean Down behind. 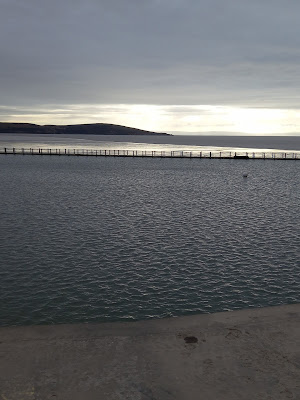 No idea what this is or represents, but I liked it. 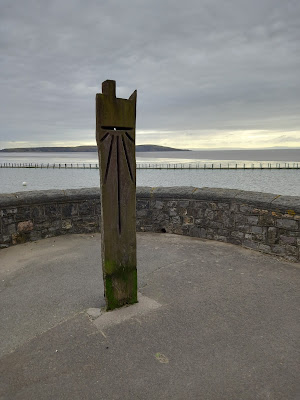 The island of Steep Holm in the distance past Knightstone. 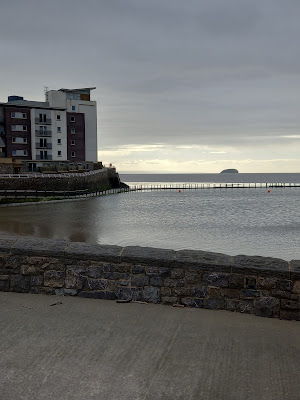 The Grand Pier which originally opened in 1904 but has burnt down and been rebuilt twice since. This is a pleasure pier and closer to the centre of town than the Birnbeck Pier. 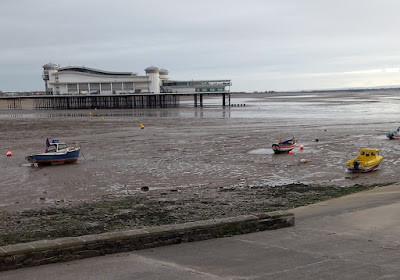 Sadly Weston is a shadow of it's former glory as a smart and popular holiday destination but still worth a visit.
Posted by Lin at 20:36

Email ThisBlogThis!Share to TwitterShare to FacebookShare to Pinterest
Labels: Weston-super-Mare