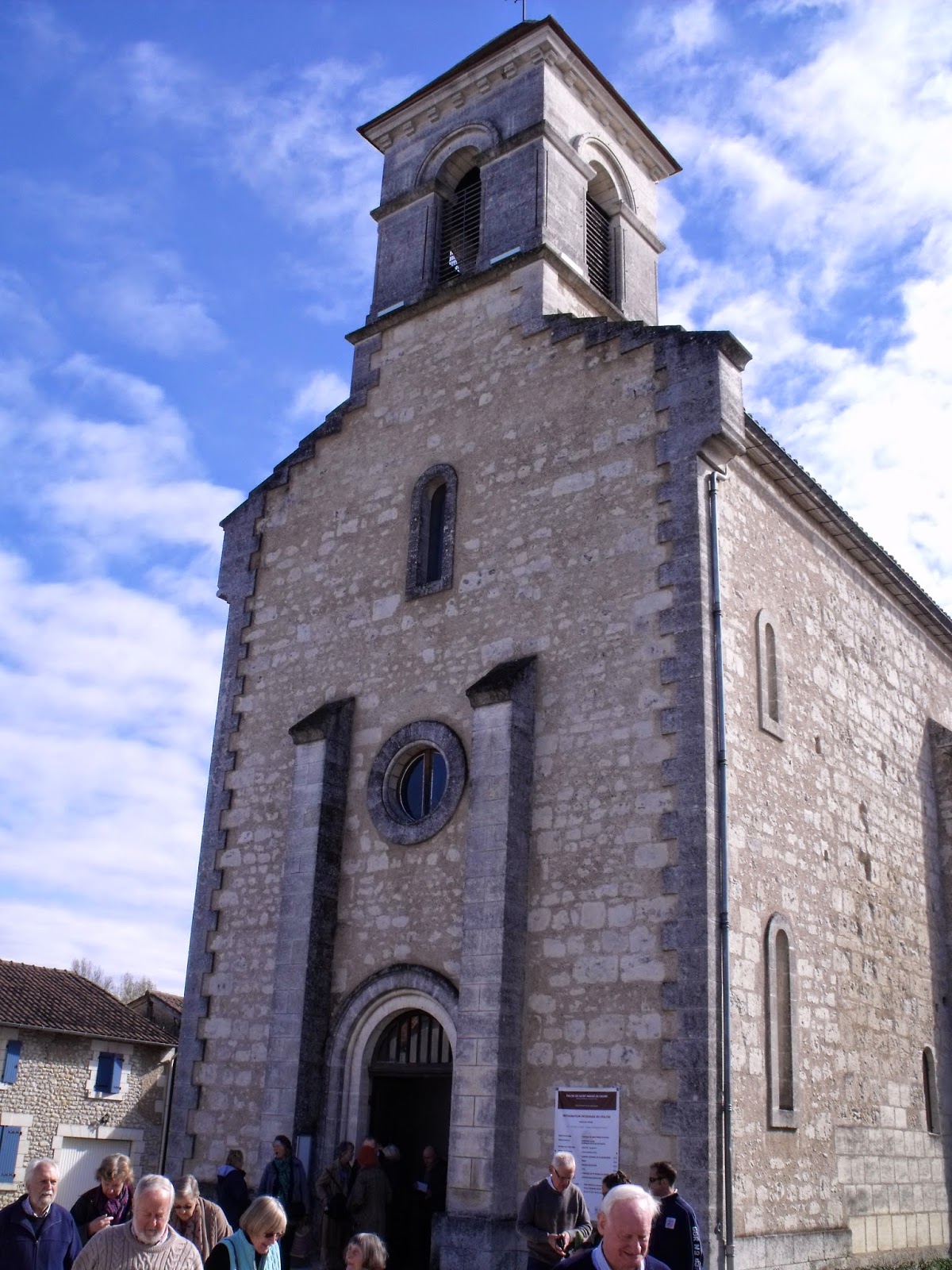 St Meard de Dronne is the next village to us, down in the valley. This morning we were given a guided tour of the church and the recently exposed Frescos.

St Meard (also known as St Medard) evidently was the Bishop of Noyon in the early 6th century. It is believed that there has been a church dedicated to St Meard on this site since those times as several sarcophagi dating from then have been excavated there.

The reason for our visit was to look at the fresocs in the apse. 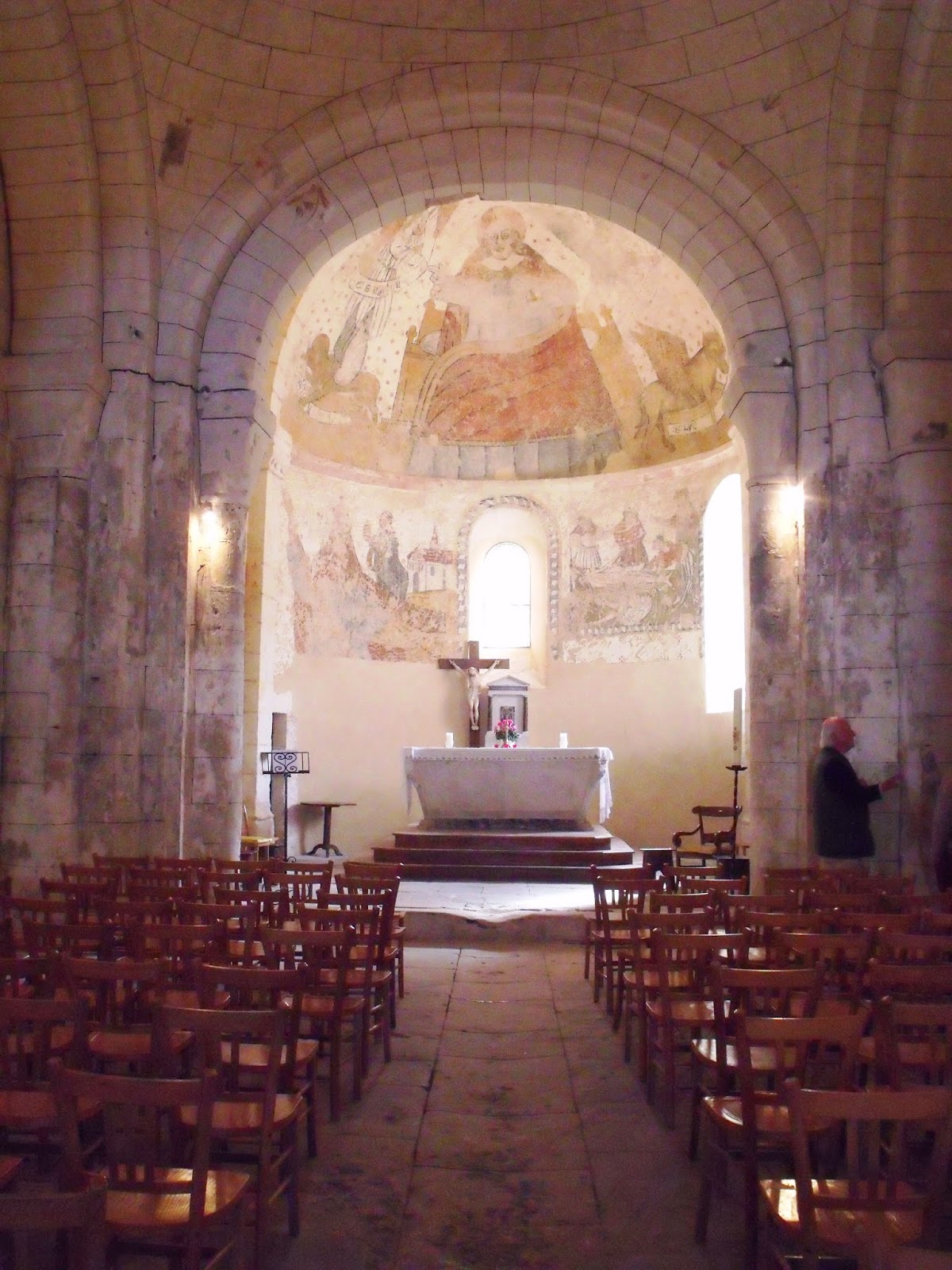 It is thought that the fresos were painted around 1500 and that the whole of the interior of the church would have been covered in paintings. However, just 30 years later the paintings were deemed to be blashphemous and attempts were made to destroy them. 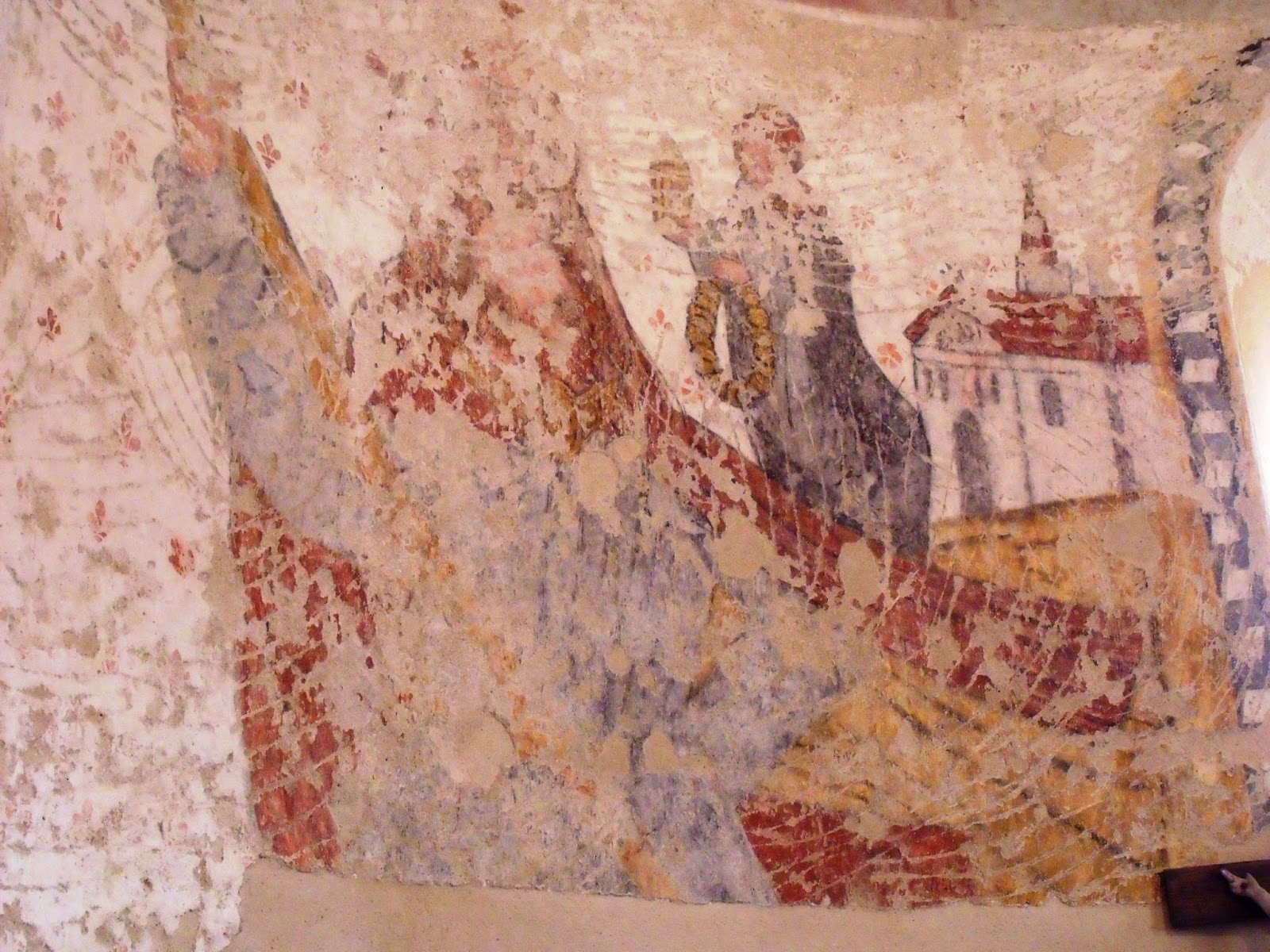 In this picture you can clearly see the scratches in the stone made by farm implements in an attempt to destroy the picture. However it seems that this was taking too long and so the pictures were then covered up with chalk. Fortunately for us it means that the pictures were preserved and over the last ten years money has been raised and these paintings have been exposed. It will now take more fundraising before the next section of the church can be cleaned.

On either side of the apse are depicted views of heaven and hell!

Here is heaven showing souls escaping from their graves and queing up at the gates, then St Peter letting them in. 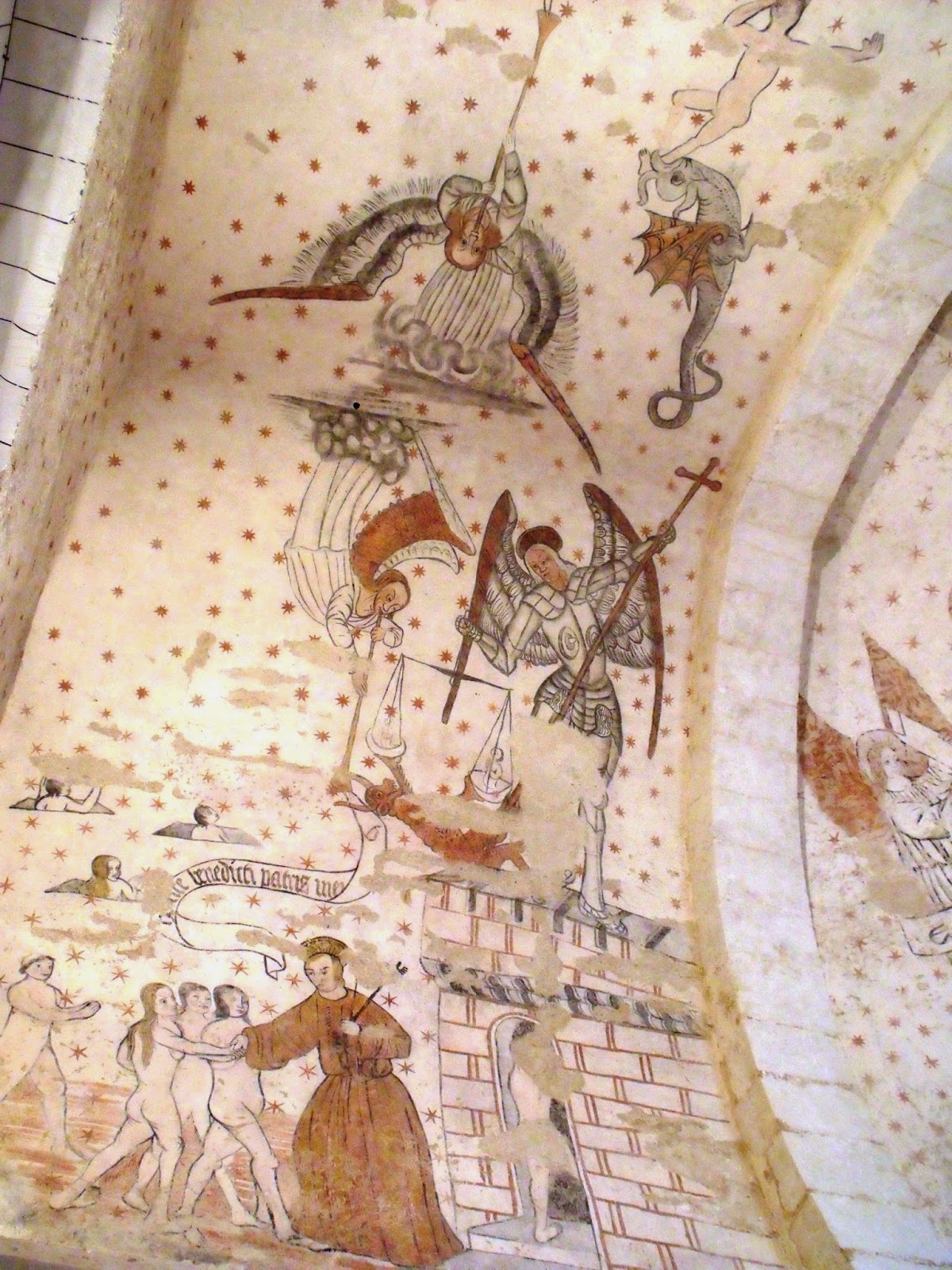 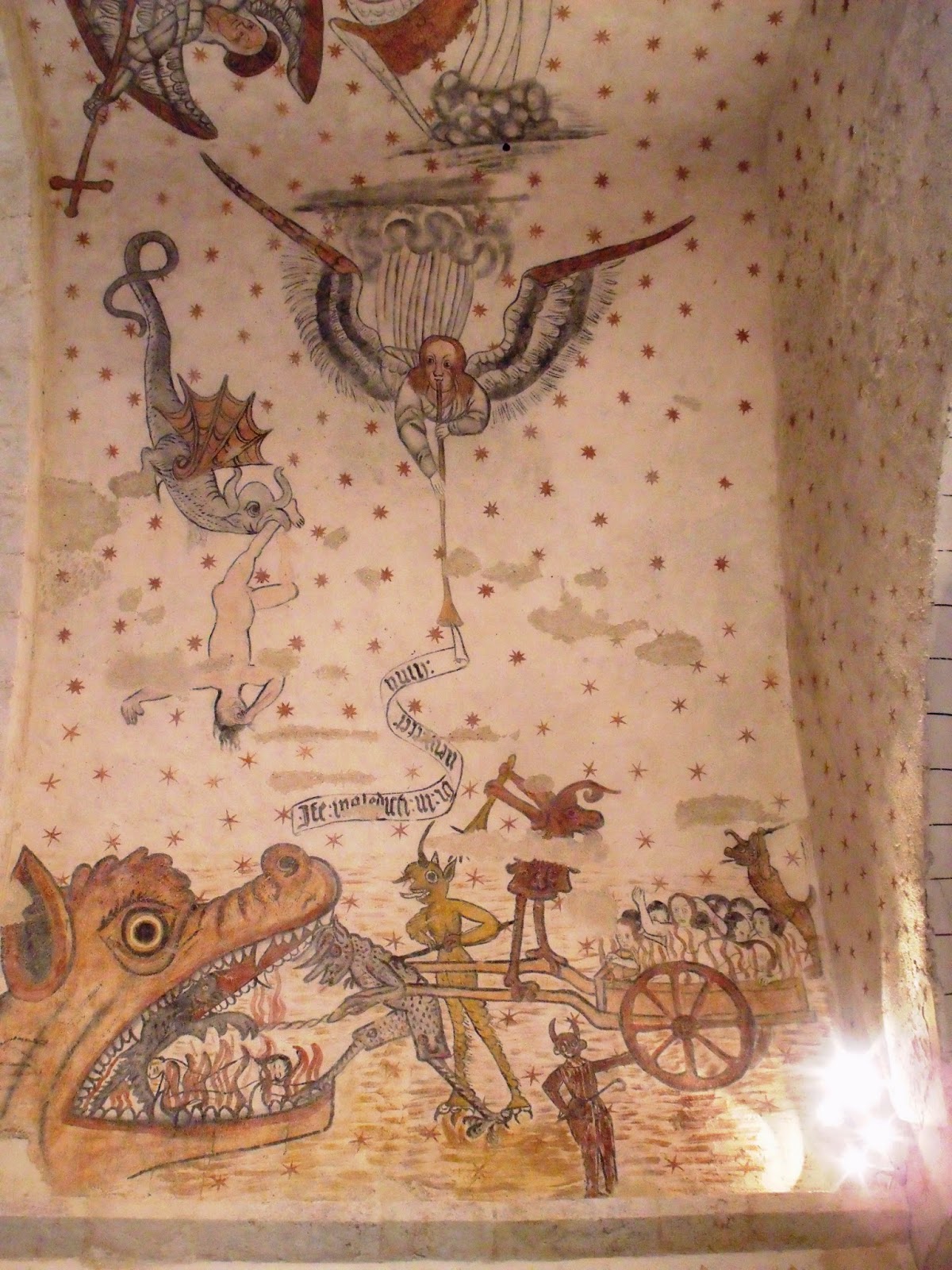 There is also a Last Supper 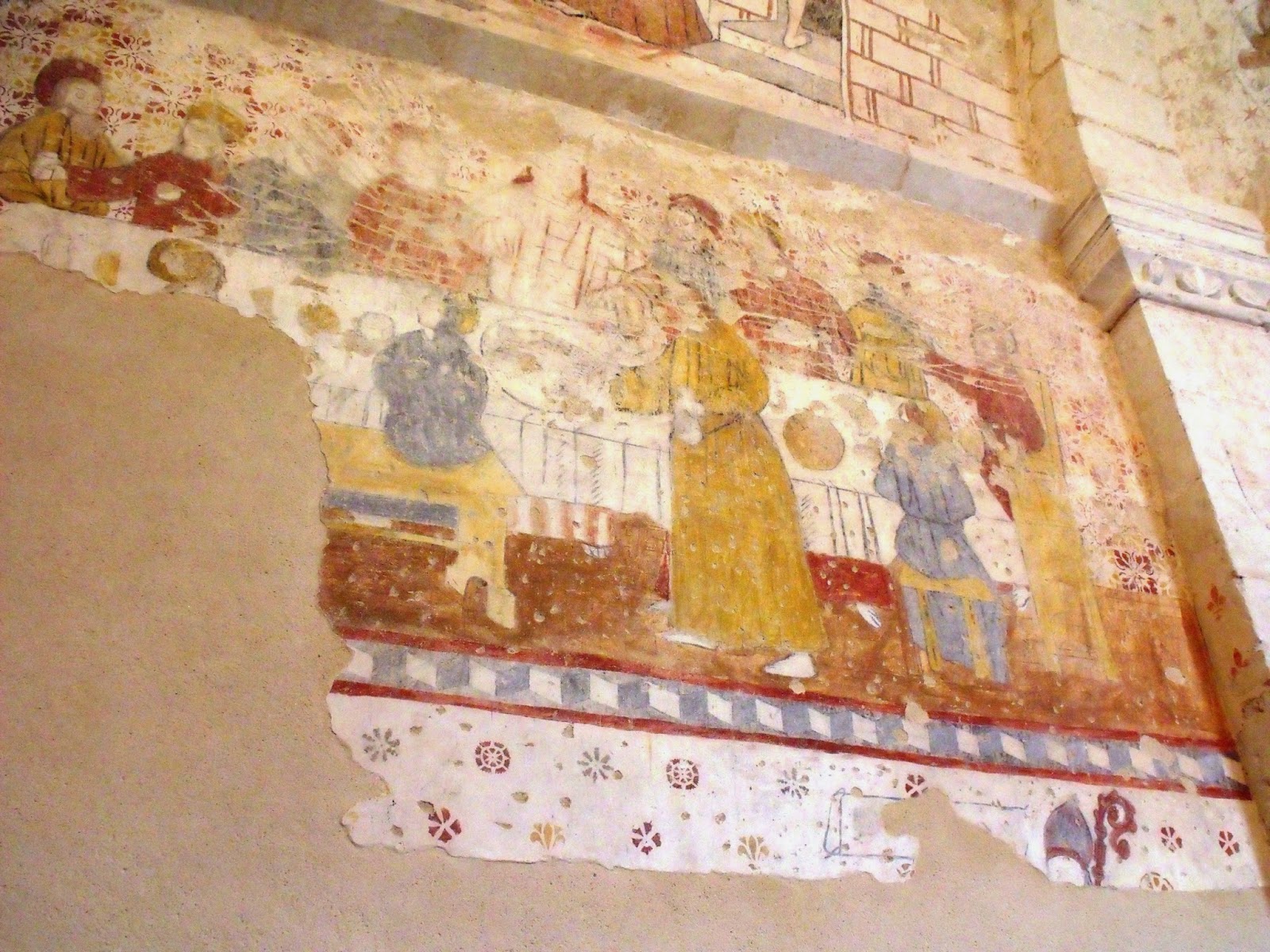 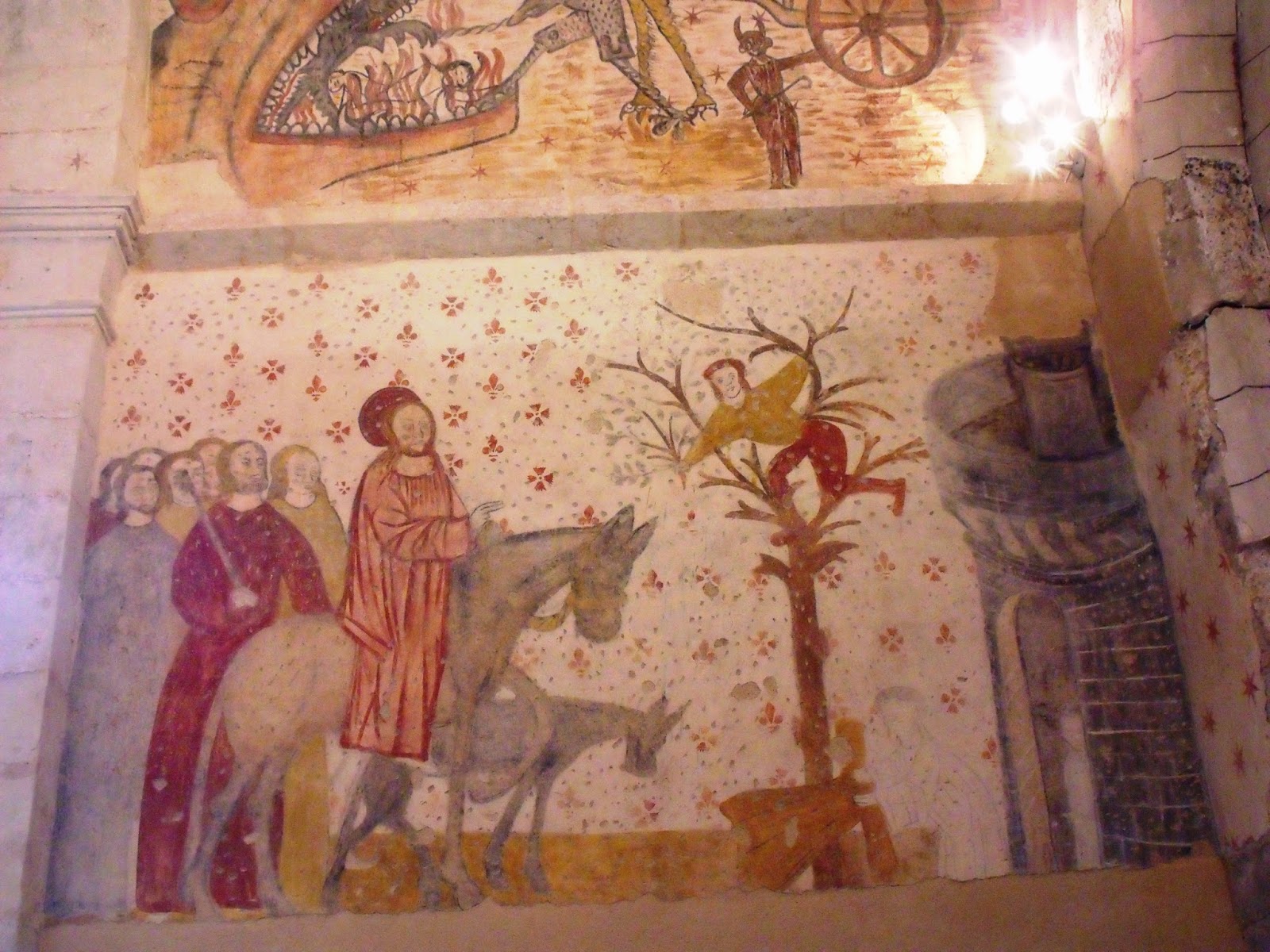 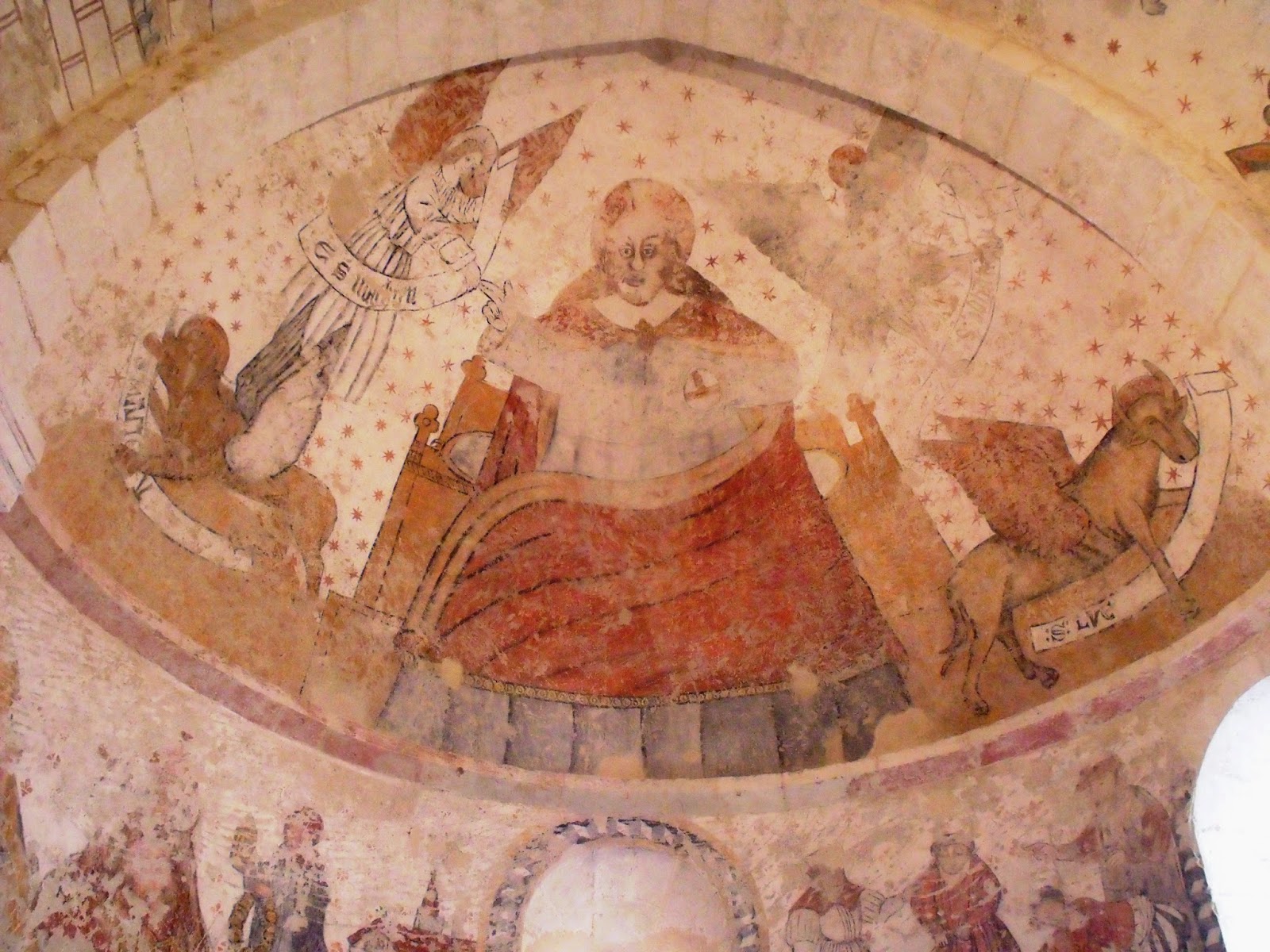 It is not known who the artists were - it is likely that they were a group who went from church to church in the area. Also the quality of the artwork varies considerably.

This was a very interesting visit and I hope that it is not too long before the rest of the Frescos in the church are exposed.

Linking up with Carli at Good Earth Quilting here is my completed spring crazy block. 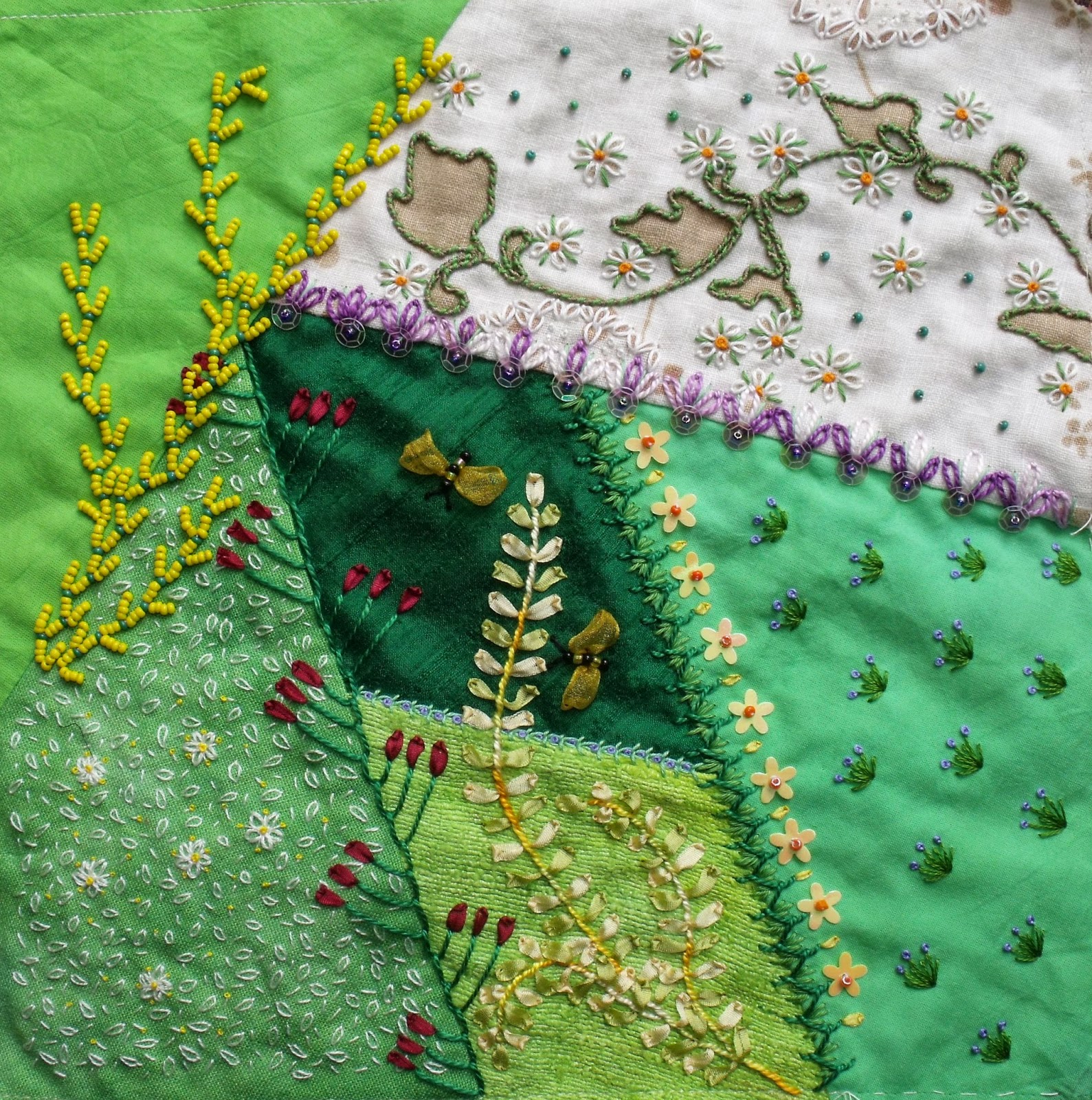 I loved doing those little bees and playing with my new collection of silk ribbons.

Hope you are having a good weekend