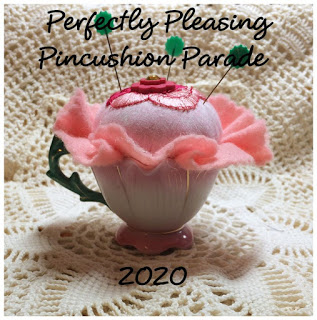 I thought I would come back and talk about the two pincuhions I had made since the last PPPP and one I bought. They are these three. 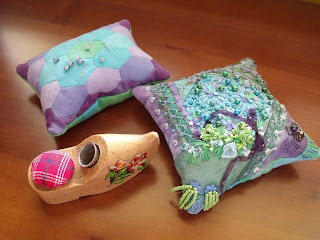 First the crazy pincushion. I love doing crazy quilting and loved working on this adding lots of detail. 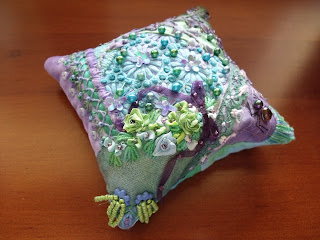 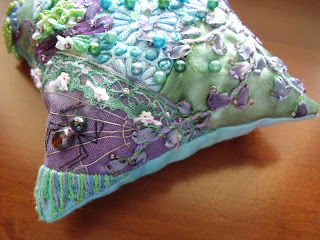 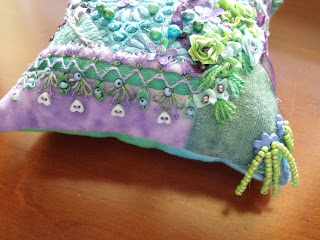 When I was making my 1797 Revisited quilt I thought I would make a pincushion using miniature versions of the coffin hexagons and some of the fabrics used in the quilt. These hexagons are 1 1/8"  long. 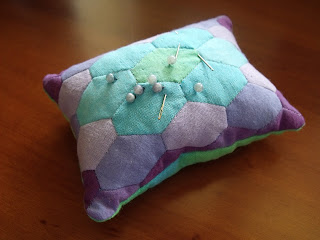 Similar colours to the crazy - I guess they must be my favourite colours! 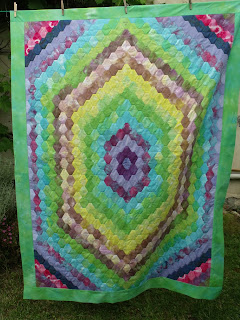 Regular readers will notice that 1797 now has borders - I added them this week. I had originally thought that I would applique a parade of hexagons around the border but have decided now that I think I like the simplicity of the plain border.

Now, back to pincushions and the little Dutch shoe. I bought it for next to nothing in a house sale and it was filthy! 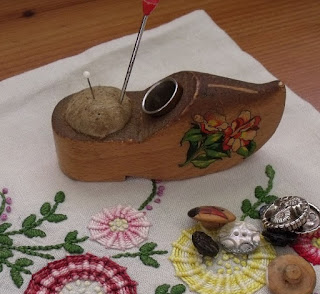 The little pincushion bit was horrid too. So I ripped it out and gave the shoe a good scrub. I then added a new cushion using a scrap of Dutch fabric that I had in my stash. 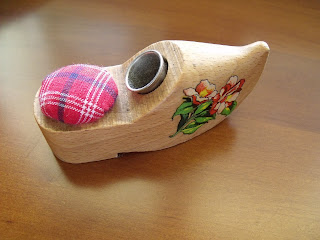 The thimble cleaned up too.

Right I am off to make another pincushion having picked up lots of ideas from the parade. See you again soon.
Posted by Lin at 07:23